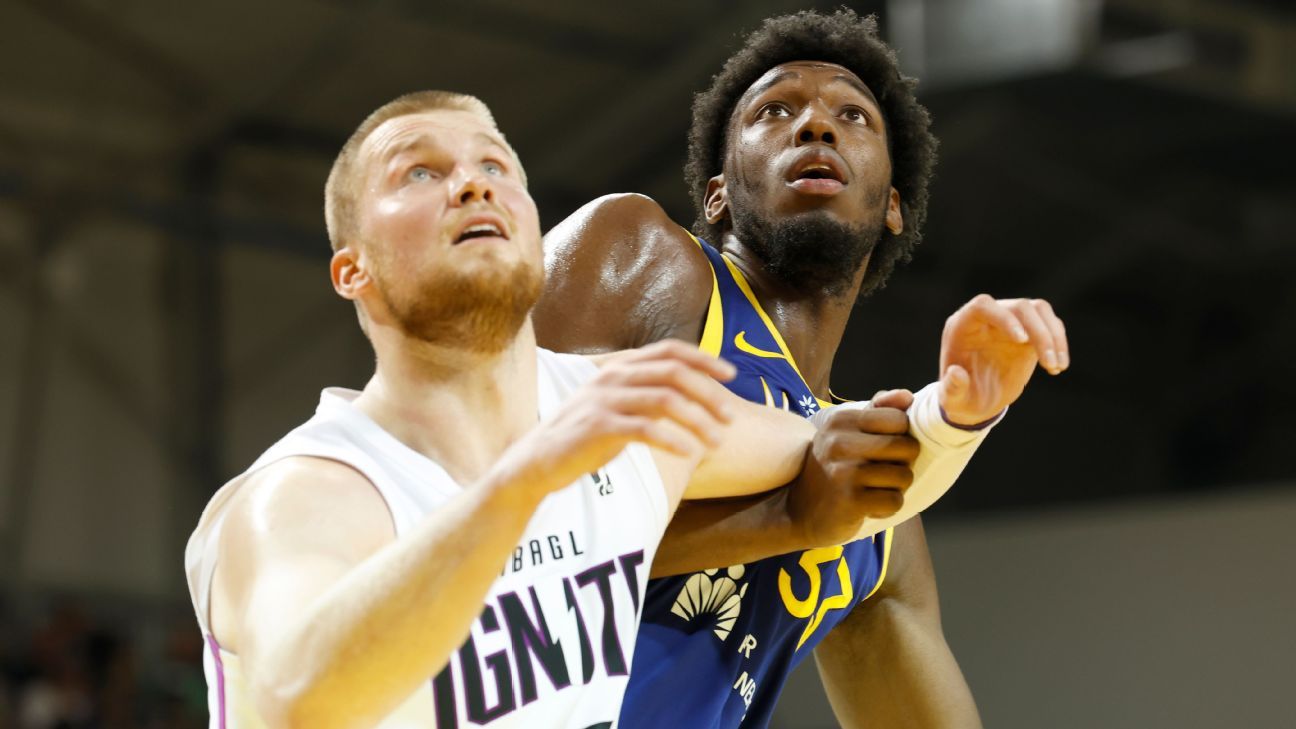 The Warriors will fly to Salt Lake City on Tuesday afternoon for a one-game road trip against the Jazz on Wednesday, which Wiseman is expected to be available for. Golden State will, however, be without Stephen Curry (left ankle soreness), Draymond Green (left hip tightness) and Andrew Wiggins (right adductor strain), who were ruled out Tuesday for the Utah game.

Wiseman was sent to the G League nearly three weeks ago after struggling in the early portion of the season. The Warriors felt he’d get the individual attention, practice time and in-game reps he needed to develop quicker in Santa Cruz.

Wiseman hasn’t played a full basketball season in four years. He played just three games with Memphis in 2019-20, tore his meniscus during his rookie NBA season, and then faced numerous setbacks that kept him out all of 2021-22.

As the Warriors also sputtered to start the 2022-23 season, they couldn’t afford the mistakes Wiseman was making.

In his seven games with Santa Cruz, Wiseman averaged 15.6 points, 10.1 rebounds and 1.14 blocks in 26.6 minutes. He posted his first positive net rating on Saturday against the Stockton Kings, finishing plus-17, a sign that his feel for the game is improving.

What Wiseman’s role will look like now that he’s back with Golden State is unclear. The team has found some rhythm but still sits just above .500 with a 13-12 record.

Warriors coach Steve Kerr said he’s not comfortable switching up his rotation unnecessarily right now because of the chemistry that is being built.

Wyshynski: Celebrating Ryan Hartman and other NHL ‘glue guys’
Boy, 13, suspected of ‘terror attack’ in Jerusalem hours after gunman killed seven outside synagogue
Flybe: Will I get a refund for my flight?
Faction of Tory members feel ‘disconnected’ after being ‘denied a vote’ when Sunak became PM
Hunt confirms HS2 will reach central London after reports it might stop in suburbs