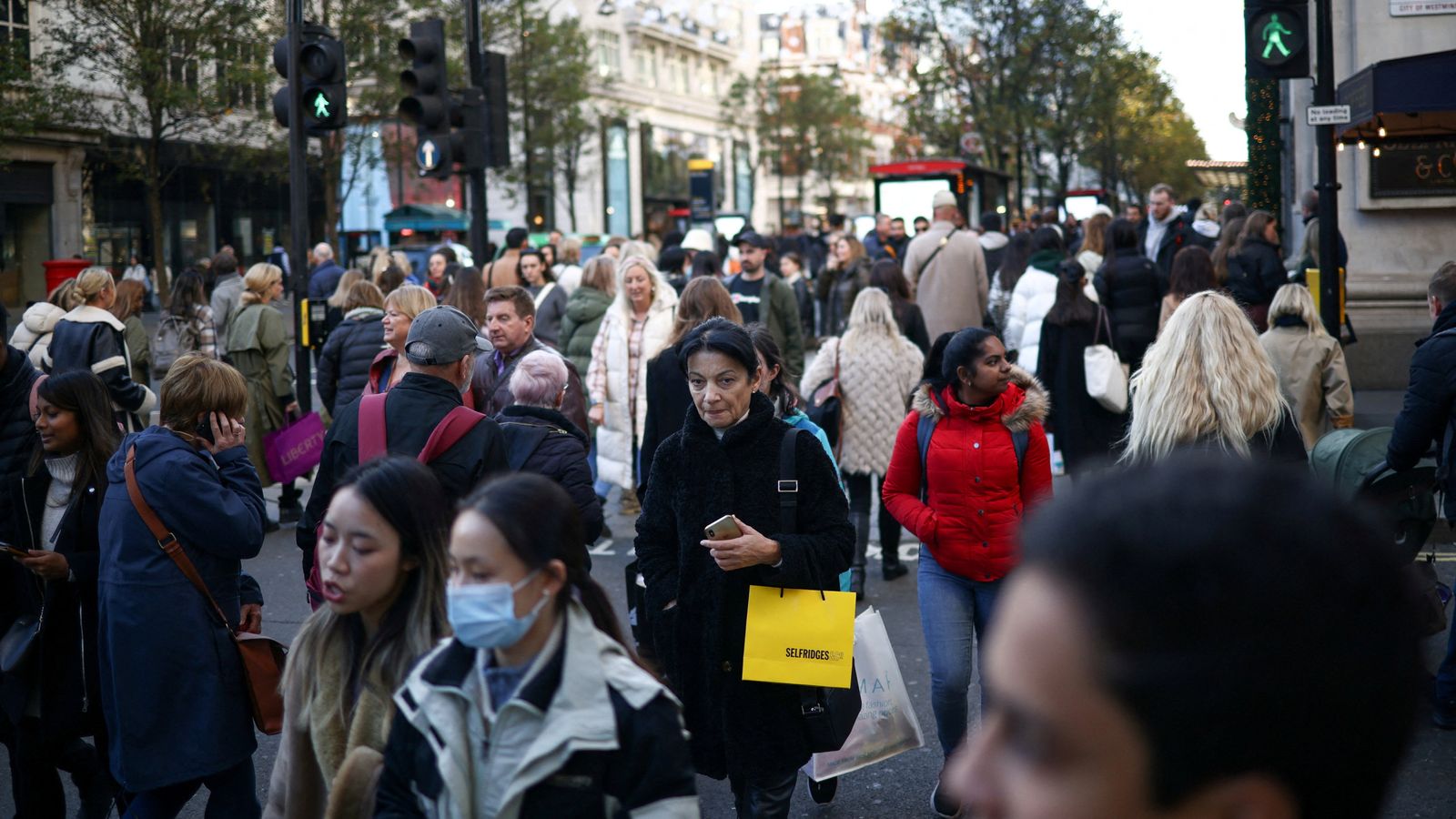 The UK is already in a recession which is expected to last into next year, according to the UK’s biggest business group.

The economy is to contract 0.4% next year, the CBI expects, a significant downwards revision from the 1% growth last forecast for 2023 by the group. By contrast, the economy is expected to grow 4.5% this year.

As a result of the contraction, consumer spending is anticipated to decline over the year as economic pressures rise.

The recession is to be a “relatively mild” one, fuelled by high inflation which the CBI said has already peaked and will even out next year.

The CBI announcement is the latest economic indicator to show that the UK is expected to do worse than the vast majority of developed economies. Only Germany’s economic output is to fall at a faster pace, with the German economy set to contract 0.6%.

Those negative economic impacts are to continue to affect economic performance in the coming years, despite an upswing of 1.6% in economic growth in 2024, the CBI cautioned.

Output per worker is to decrease from its already low level, the CBI said. It expects productivity to remain 2% below its “already weak” pre-COVID-19 trend, and 19% below the pre-financial crisis level.

Similarly investment in business is to remain 9% below pre-pandemic levels in 2024, despite some economic recovery due to take place by then.

The CBI said investment can be increased by the government updating the national planning policy framework and removing, what it described as, the de facto ban on onshore wind.

Price rises are a key causal factor of much of the economic trouble. While inflation is said to have peaked last October at 11.1%, the CBI said it will remain “significantly above” the Bank of England‘s 2% target throughout next year, falling to 3.9% by year end.

While the figure represents a decline, the risks of further inflation “remain high” and dependent on how global price pressures evolve, the organisation added.

Businesses are also facing difficulties over a persistent shortage of workers with the CBI estimating three quarters of firms face shortages. In response, the government has been called on to have a “more flexible” immigration system, to reduce the number of people who are not working or not seeking work, and to take action to enable upskilling and automation across businesses.

It follows calls from the head of the CBI, Tom Danker, to use immigration to solve worker shortages and as the number of those neither looking for work nor working rose to nine million people.

Unemployment is to rise next year, peaking at 5% late next year or early 2024, the CBI said. The rate currently stands at 3.6%.

The economic woes were echoed in the closely-watched S&P Global CIPS UK Services (PMI) for November which measures economic activity in the services industry.

The data for last month showed a recession will formally begin in this final quarter of 2023 and accelerate in the first three months of next year.

The PMI report said inflation has not decreased sufficiently for the Bank of England to slow its programme of interest rate rises. The rate hikes will be halted in March with the bank rate set at 4%

Audi hints at luxury electric 4×4 to compete with Mercedes Benz and Land Rover
‘Loved beyond words’: Paris Hilton announces birth of first child
Ukraine Invasion: All the latest developments
Delayed and over-budget HS2 may not run to central London for another 15 years – or ever
40 dead in Pakistan after bus falls into ravine