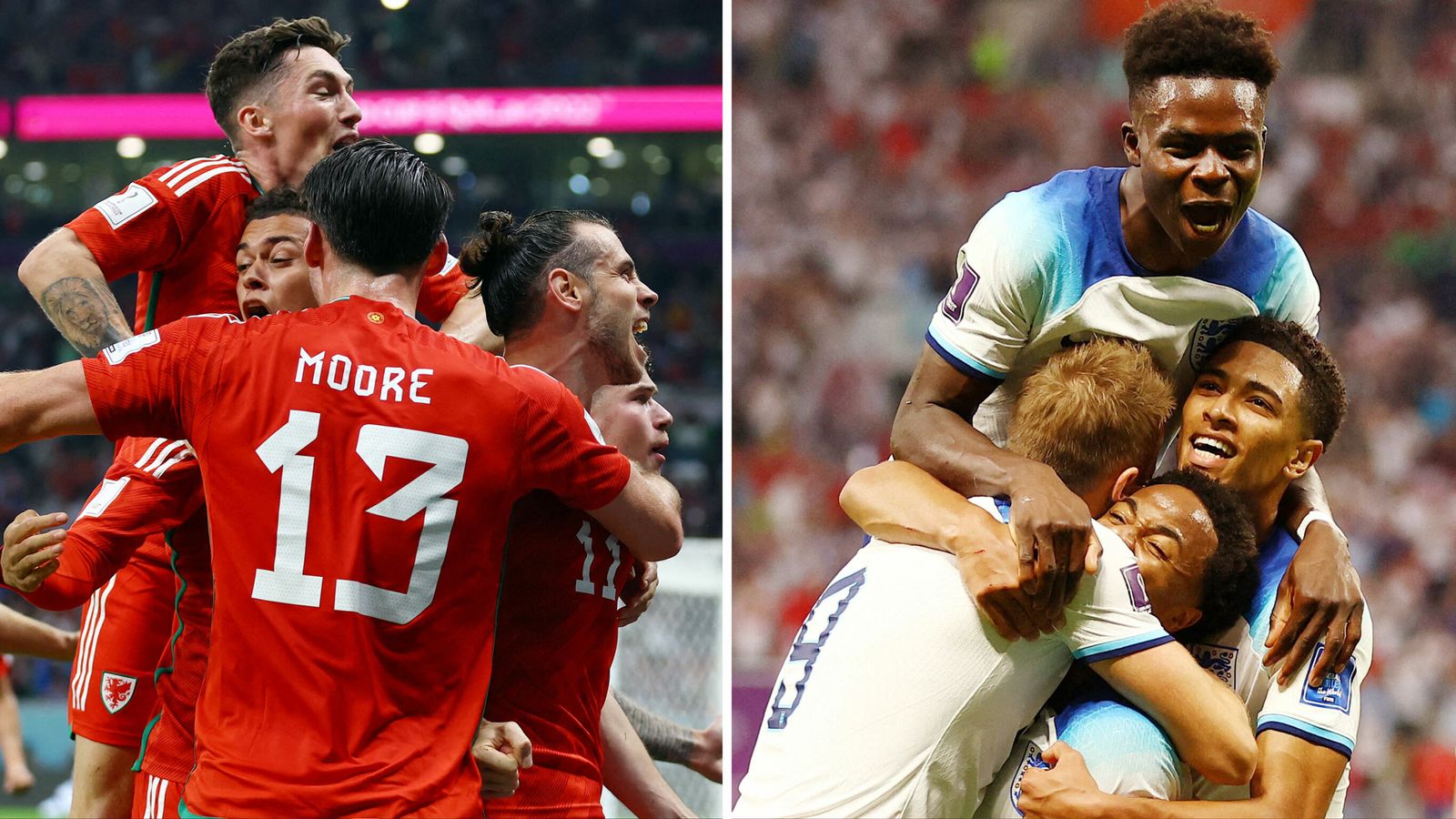 Gareth Southgate could only chuckle when asked to explain the significance of a meeting between England and Wales at the World Cup.

“Basically, they are here and we are right there,” the England manager said, gesticulating.

“It’s like any two countries whose borders are next to each other. There’s a competitive rivalry. For me, a great sporting rivalry. No more than that. That feeling might not be mutual.”

There isn’t intense bitterness or animosity.

Maybe that’s because England haven’t lost to Wales since 1984 – and it would take being beaten by four goals to be knocked out on Tuesday in Qatar.

Wales, though, have to win if their first World Cup journey in 64 years is to continue into the last 16 – and hope the USA-Iran clash is a draw.

Wales manager Rob Page said: “We’ve worked so hard to get into this position. My frustration and disappointment for the players is that we’ve shown nowhere near the levels of performance of what’s got us to this World Cup, and that’s what really disappoints me.”

Two goals were conceded deep into injury time to lose 2-0 to Iran on Friday after battling back to draw 1-1 with the USA in the opening game in Group B.

“England are a very good team, one of the favourites to win the tournament so we’re under no illusions it’s going to be hard.

“But we’re going to be ready, we’re going to give everything like we always do, and yeah there’s been a few shocks already in the World Cup, and there’s no reason why we can’t do the same.”

Especially after seeing England frustrated by the Americans in a 0-0 draw on Friday night.

Southgate has to decide whether to play his strongest team or rotate the team and rest stars like Harry Kane to focus on what could be ahead for the 2018 World Cup semi-finalists.

Southgate said: “We have to balance freshness with stability so that’s always a decision you are making when you pick the team.”