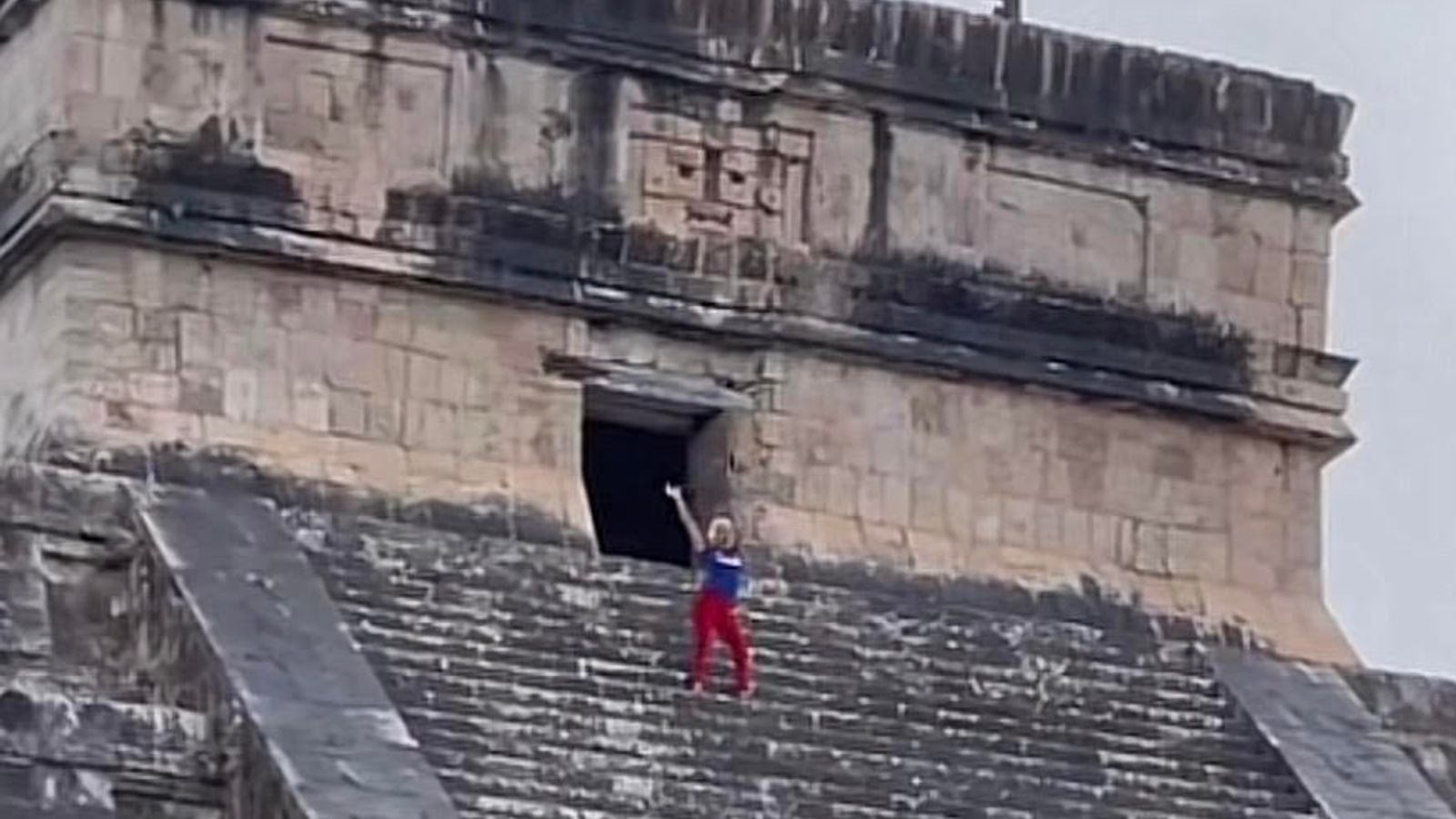 A tourist has gone viral after a TikTok video captured her trespassing up the ancient Mayan Temple of Kukulcan in Mexico and a crowd of locals booing her in the process.

The blonde woman was filmed scaling up the 91 steps from a distance despite the public being prohibited from climbing the 79ft structure at the Chichen Itza archaeological site.

She was seen posing and dancing on top of the pyramid, known as El Castillo, before she was ushered down by a security guard into the angry mob.

A closer clip showed her reaching the top where she appeared to go inside the monument before giving another wave and dance.

Furious locals were filmed pulling her hair, shoving her and drenching her with bottles of water as she made her way through the crowd.

Some were heard shouting “Out”, “Lock her up” and “Jail!”

TikToker Angela Lopeze posted the footage with the caption: “This is why you don’t disrespect historic Mayan Pyramids.”

Another person who filmed the incident said the act showed “a lack of respect.”

El Castillo is a UNESCO World Heritage Site and the public has been banned from climbing it since 2008.

It was built by the pre-Columbian Maya civilisation sometime between the 8th and 12th centuries AD and served as a temple to the deity of Kukuclan.