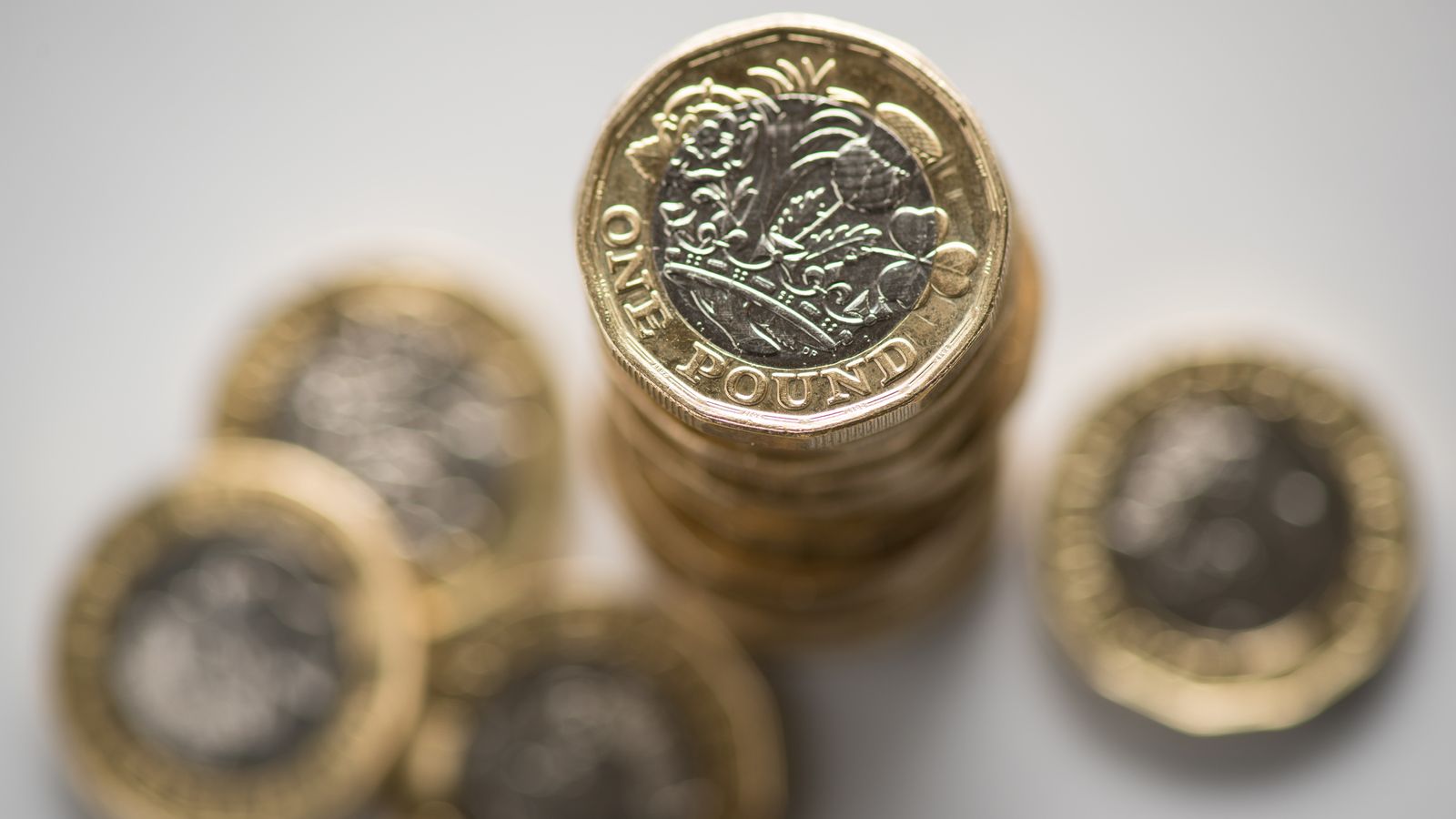 The Bank of England has launched a temporary bond-buying programme as it takes emergency action to prevent “material risk” to UK financial stability.

It revealed that it would buy as many long-dated government bonds as needed between now and 14 October in a bid to stabilise financial markets in the wake of the mayhem that followed the government’s mini-budget last Friday.

In addition to the plunge in the value of the pound, it has also seen investors demand a greater rate of return for UK government bonds – essentially IOUs.

That is because the level of borrowing required to fund the government giveaway, including tax cuts and energy aid for households and businesses, shocked the market which immediately questioned the sustainability of the public finances. 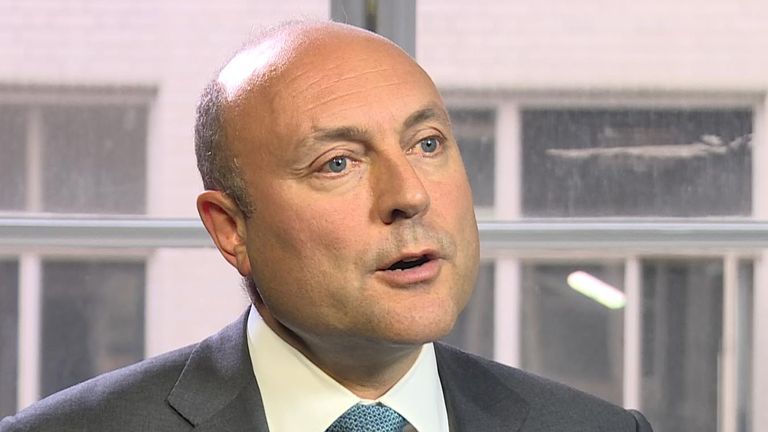 The International Monetary Fund has since added its voice to criticism of the growth plan.

What the Bank’s action is aimed at doing is tackling consequences of rising bond yields, in this instance a liquidity crunch facing pension funds.

The pound fell back in response but bond yields did ease back from multi-year highs.

WHY THE BANK OF ENGLAND HAS ACTED

There are some very, very specific reasons why the Bank of England is intervening in this particular asset class in long-dated gilts – that’s gilts of a 20 to 30 year duration.

It affects traditional pension funds where a retiree is guaranteed a certain payout at their retirement based on their final salary when they retire.

Now, a lot of these funds use long-dated gilts as part of their investments and what has been happening over recent days is a lot of the investment funds have been asking pension funds to post more collateral – to put up cash.

It has been reported in The Times that actually these cash calls have been running into tens of billions of pounds since the beginning of the week because of this spike in long-dated gilt yields.

That is why the Bank of England is specifically targeting that with this gilt intervention.

It is aimed at seeing off a crisis that’s potentially starting to emerge in pension funds.

The Bank said in a statement: “Were dysfunction in this (long-dated bond) market to continue or worsen, there would be a material risk to UK financial stability.

“This would lead to an unwarranted tightening of financing conditions and a reduction of the flow of credit to the real economy.” 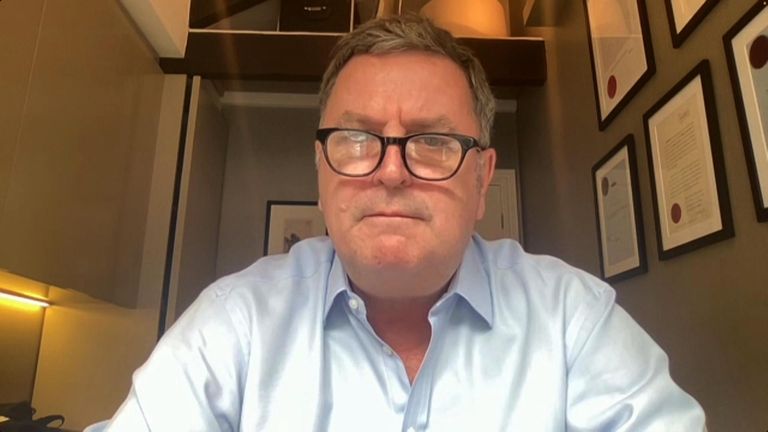 City minister Andrew Griffith denied that the government should take responsibiity for the crisis.

“We are seeing the same impact of Putin’s war in Ukraine cascading through things like the cost of energy, some of the supply side implications of that, and that’s impacting every major economy and just to save every major economy, you’re seeing interest rates going up as well.

“They [the bank] have made a targeted and timely intervention in the market. That’s their decision, but they’ve done so working very closely with the chancellor,” he added.

The programme marked the Bank’s first policy intervention as it battles to bring down inflation and ease the cost of living crisis. Its chief economist signalled on Tuesday that a “significant” rise in Bank rate was also likely ahead.

The government’s growth plan is only seen as adding inflationary pressure to the economy, leaving it at loggerheads with the Bank’s mandate.

The Bank said the bond purchases, which would be fully covered by the Treasury in the event of any losses, would be sold back once market conditions had stabilised.

The announcement certainly had an immediate effect on the market.

Data showed that 30-year bond yields fell back to 4.3%, having risen to levels above 5% not seen since 2002 earlier in the day. There were similar falls for 20-year yields.

Stock markets, which had endured widespread falls Europe-wide amid recession fears, erased some of their losses.

The pound, however, was a cent and a half down versus the dollar shortly after the announcement, to stand at $1.0578, and a cent lower against the euro. It later moved back towards $1.07 as market surprise at the intervention eased.

The single European currency was also suffering against a resurgent US currency.

In addition to its bond-buying action, the Bank said it would postpone the start of its efforts to unwind the sale of bonds it acquired through financial crisis and COVID crisis era quantitative easing.

The Bank had planned to reduce its £838bn of gilt holdings by £80bn over the next year.

This would have been particularly evident for pension funds who have faced demands for additional cash to cover off rising yields.

“The question is whether (this Bank action) acts to stabilise longer-term or if the market retests the Bank’s resolve,” he wrote.

“We’re now seeing the Bank go toe-to-toe with the market and this might not lead to any decrease in volatility.”

Health secretary insists there’s a ‘good supply’ of penicillin after pharmacy director warns ‘there are no drugs’
Grieving mother of boy who died with Strep A describes symptoms – as another child dies with infection
‘May the Force be with you’: PM ‘sad’ as Javid to step down at next general election
Jake Tapper: Trump focused on rewarding loyalists
Supercar-maker McLaren in talks with investors about £250m fundraising