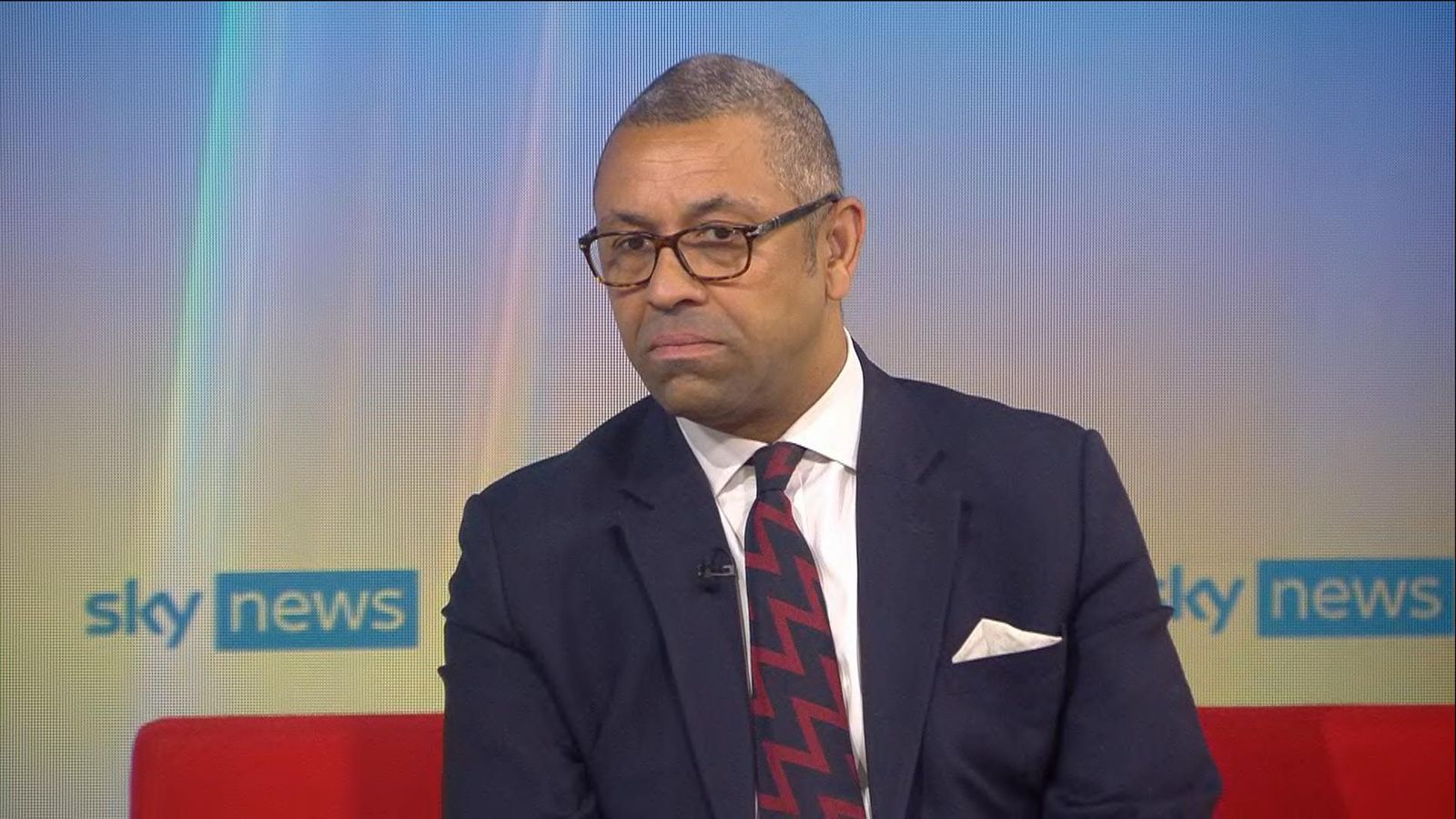 Energy bosses have been “hauled in” before government to discuss what they are going to do with their rising profits as household bills soar, the education secretary has told Sky News.

James Cleverly said Chancellor Nadhim Zahawi and Business Secretary Kwasi Kwarteng are to meet with leaders of energy companies as calls grow for more to be done to ease the cost of living crisis.

He told Sky News: “The chancellor and the business secretary have hauled in the leaders of the energy companies to hold them to account, to discuss with them what they are going to do with these unexpected, unplanned, unprecedented profits that they have been making because of that sudden spike in energy prices caused by Russia’s invasion of Ukraine.”

Mr Cleverly also failed to deny there could be blackouts this winter, but did say the UK was in a “better position than many in terms of our domestic energy production”.

It follows reports in The Sun that energy sector bosses will take part in crisis talks with ministers tomorrow, after the price cap was forecast to hit more than £4,200 in January.

The newspaper reported gas and electricity executives will meet with the Cabinet ministers on Thursday morning, when the bosses will be asked to submit a breakdown of expected profits and payouts as well as investment plans for the next three years.

There has been widespread anger at Shell, BP, and British Gas owner Centrica announcing bumper financial results while households struggle to cope with soaring bills.

Calls have been growing for Boris Johnson, Liz Truss and Rishi Sunak to hold emergency talks to thrash out a new financial package of measures before the Tory leadership contest is over.

But last night Ms Truss branded that proposal a “kangaroo committee” and ruled out widespread cash handouts to deal with the crisis as “Gordon Brown economics”.

Mr Brown has been leading the charge for further action after a report he commissioned found families are £1,600 worse off due to the cost of living crisis, even after government help is taken into account.

But Mr Cleverly, who is backing Ms Truss in the leadership race, said today that the former Labour prime minister “should know better” than demanding a recall of parliament “so all these problems go away”.

He said: “It is much more complicated and therefore the government answer needs to be a more comprehensive answer than just come back for an emergency debate in the summer.”

He said the government’s ultimate aim was to bring energy costs down, adding: “Whatever we do has to be done in an economically sustainable way.

“Everyone’s going to be feeling (the price rises) and we are going respond to that.

“But the most sustainable way of doing that is to push down those prices. And that’s going to take international effort as well as domestic politics.”

Poverty expert Professor Donald Hirsch told Sky News he would like to see an emergency increase in Universal Credit, while the Independent Joseph Rowntree Foundation has said the financial package of support for those on benefits should double.

On Tuesday, Money Saving Expert’s Martin Lewis called on the two contenders to bury their differences to tackle the problem together, warning the country was facing a “national cataclysm”.

He said the “zombie government needs to wake up sooner than 5 September”, when the new Tory leader and prime minister will be announced, as the new bill predictions are “unaffordable for millions”.