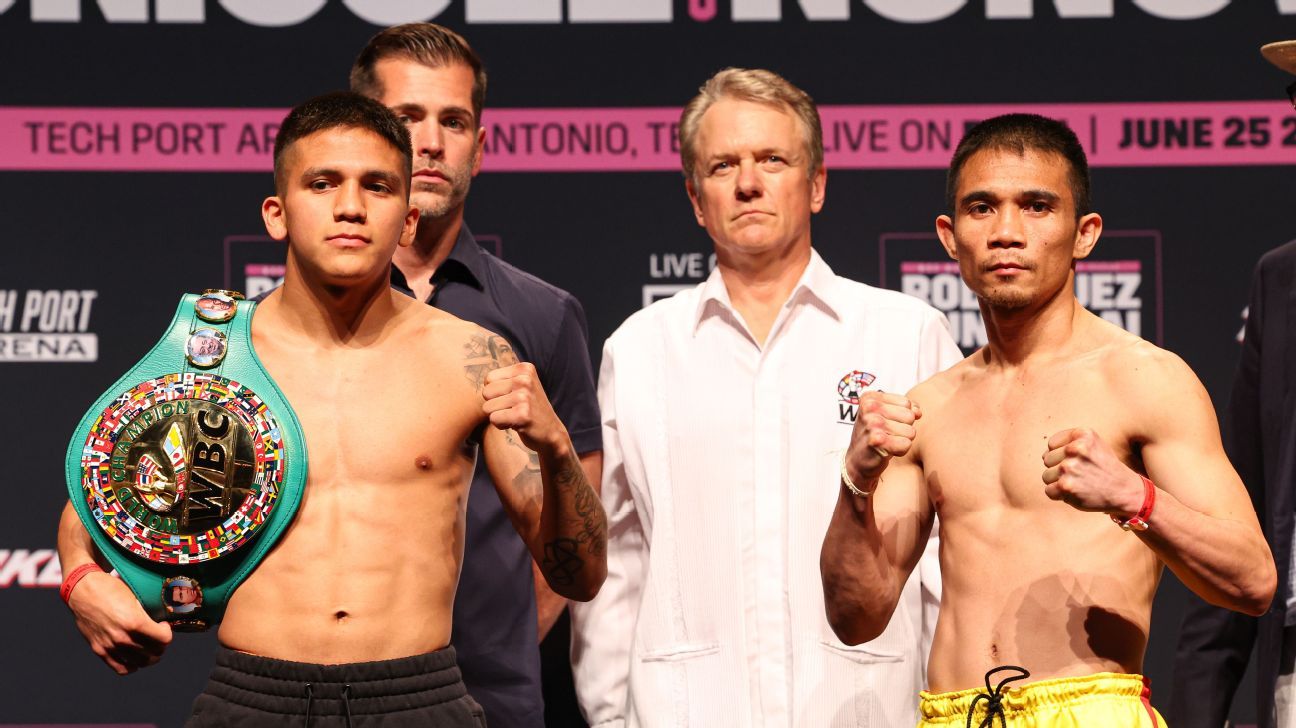 Rodriguez (15-0, 10 KOs), of San Antonio, won the belt with an impressive unanimous decision victory over veteran Carlos Cuadras in February.

Sor Rungvisai (50-5-1, 43 KOs), of Thailand, defeated Roman “Chocolatito” Gonzalez (twice) and Juan Francisco Estrada in back-to-back-to-back fights in 2017-2018. He lost the title a year later in a rematch against Estrada but has won three consecutive fights since, including the past two by stoppage to set up this opportunity against Rodriguez.

Akhmadaliev (10-0, 7 KOS), of Uzbekistan, won the titles with a unanimous decision victory against Daniel Roman in 2020 and has made two successful defenses.

For Rios (33-3, 16 KOs), of Compton, California, this is his second time challenging for a junior featherweight belt. In 2017, he lost a decision to Rey Vargas.

McCaskill (11-2, 4 KOs), of Chicago, Illinois, defeated the legendary Cecilia Braekhus to win all four belts in 2020. She has defended the titles twice, including in a rematch against Braekhus.

Slower inflation growth eases pressure on US Fed to hike interest rates
Calls for emergency increase to Universal Credit as report finds some families £1,600 worse off
‘The only person that beat me was myself’: Will Teofimo Lopez learn from his mistakes?
Is Cooper a lame duck without Kerevi?
Donald Trump says he refused to answer questions in New York investigation