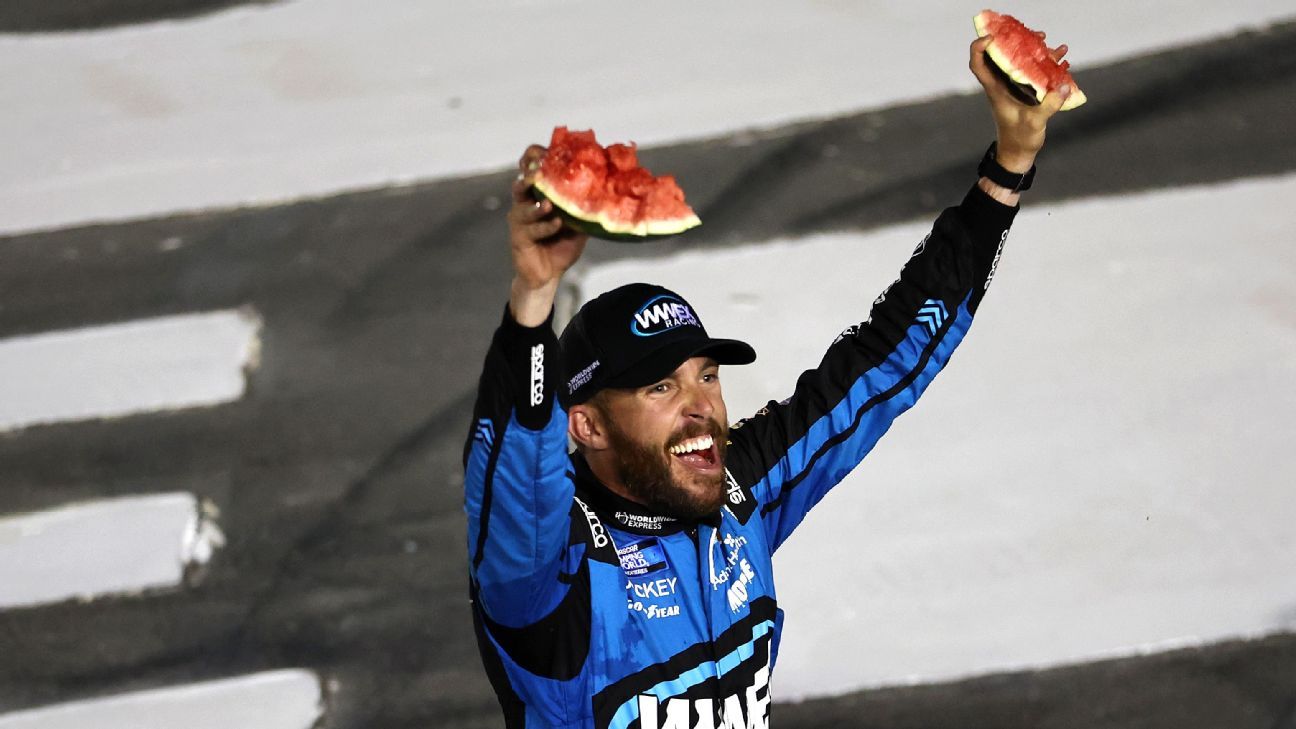 CHARLOTTE, N.C. — Ross Chastain, who led for just four laps, got an assist from Grant Enfinger on the final lap to win the North Carolina Education Lottery 200 in double overtime on Friday night at Charlotte Motor Speedway for his fourth career NASCAR Trucks Series victory.

Chastain, Christian Eckes and John Hunter Nemechek were running about even up high, in the middle and down low, respectively, before Eckes fell back as Enfinger came up on the outside and gave Chastain — whose truck appeared somewhat unstable down the stretch — a push into the lead, which he held down the stretch to take the checkered flag.

Carson Hocevar won 57 of the 143 laps but wrecked after touching trucks with Ryan Preece while racing for the lead in the first overtime and finished 16th. Preece came in 16th after pitting with a flat tire.

“A dumbass move by myself,” acknowledged the 19-year-old Hocevar.

“I hate it so much for Carson,” said Chastain, Hocevar’s teammate with Niece Motorsport. “I didn’t give him the push he needed to win (on the first attempt at overtime) … Man, I’m so proud of Carson Hocevar.

“I’ll say that over and over. That guy’s a future star. He’s such a goofy kid, but I love him. He learns so quick.”

Chastain was the leader on the last restart but lost the lead to Eckes and then Nemechek before Enfinger’s assist.

Ukraine denies claims from pro-Moscow separatists that key city of Lysychansk has fallen
Danish police say several people have been hit by gunshots at a shopping mall
Childcare changes to help tackle cost of living ‘not a silver bullet or panacea’, says minister
Ukraine War: Time running out for Lysychansk
Elon Musk’s SpaceX Gets FCC’s Approval to Use Starlink Satellite Internet for Moving Vehicles