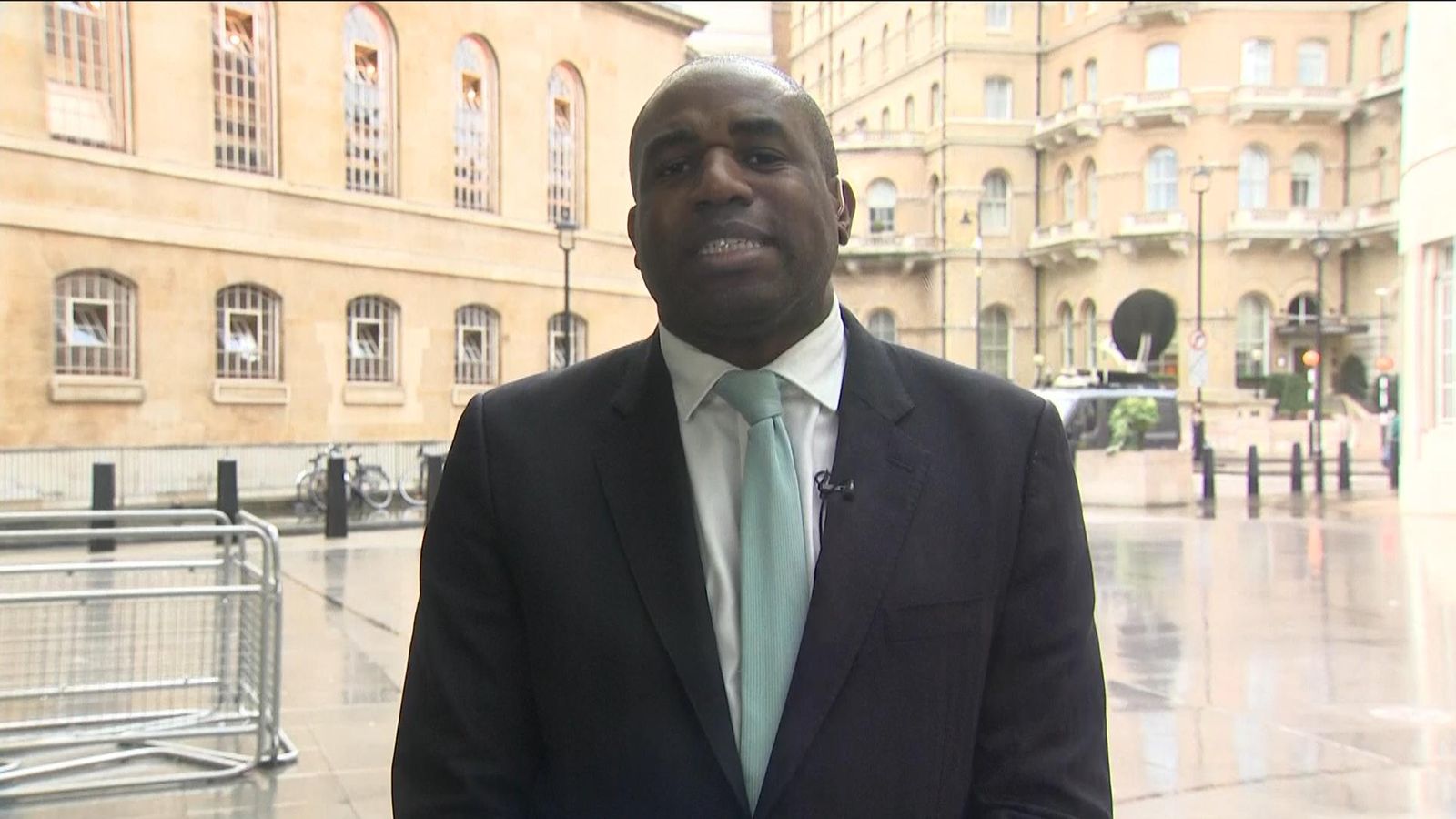 Shadow Foreign Secretary David Lammy has said he will not be silenced by the far right after a “vile racist” was found guilty of sending the MP a death threat.

Glenn Broadbent sent the Labour Tottenham MP a Twitter message that said: “Are you hanging off a tree monkey boy? You will hang from a lamppost if you’re not careful.”

The 62-year-old, of Greenside Road, Leeds, was convicted on Tuesday and given a 12-month prison sentence, suspended for 12 months.

He has been given a restraining order banning him from contacting Mr Lammy.

Broadbent, who used a different name on Twitter, was also fined £2,000 and ordered to pay a victim surcharge of £128 and costs of £85.

On Friday, Mr Lammy said: “Pleased to report a vile racist who sent me this death threat using a pseudonym has finally been convicted, given a suspended sentence and fined thanks to @WestYorksPolice.

“The far right will never silence me or stop me standing up for justice.”

Broadbent admitted sending a grossly offensive message through social media, as well as a message that was menacing, contrary to the Communications Act 2003.

Chief Superintendent Damien Miller, Leeds District Commander, said: “No-one should have to endure the kind of disgusting racist abuse that was directed at Mr Lammy.

“West Yorkshire Police will always treat any reports of hate crime seriously and work to identify those responsible and take appropriate action against them.

“Members of Parliament can be particular targets for threats and abuse, either directly or online, and we continue to work closely with them and their staff to safeguard and reassure them as they carry out their vital public duty.”

Exxon Mobil is at a crossroads as climate crisis spurs clean energy transition
Source of polio virus could be narrowed down to house or street, minister says
Google memo on end of Roe v. Wade says employees may apply to relocate ‘without justification’
Sources: Atkinson spurns Hornets for Warriors
EastEnders star arrested for ‘assaulting police officer’ outside nightclub