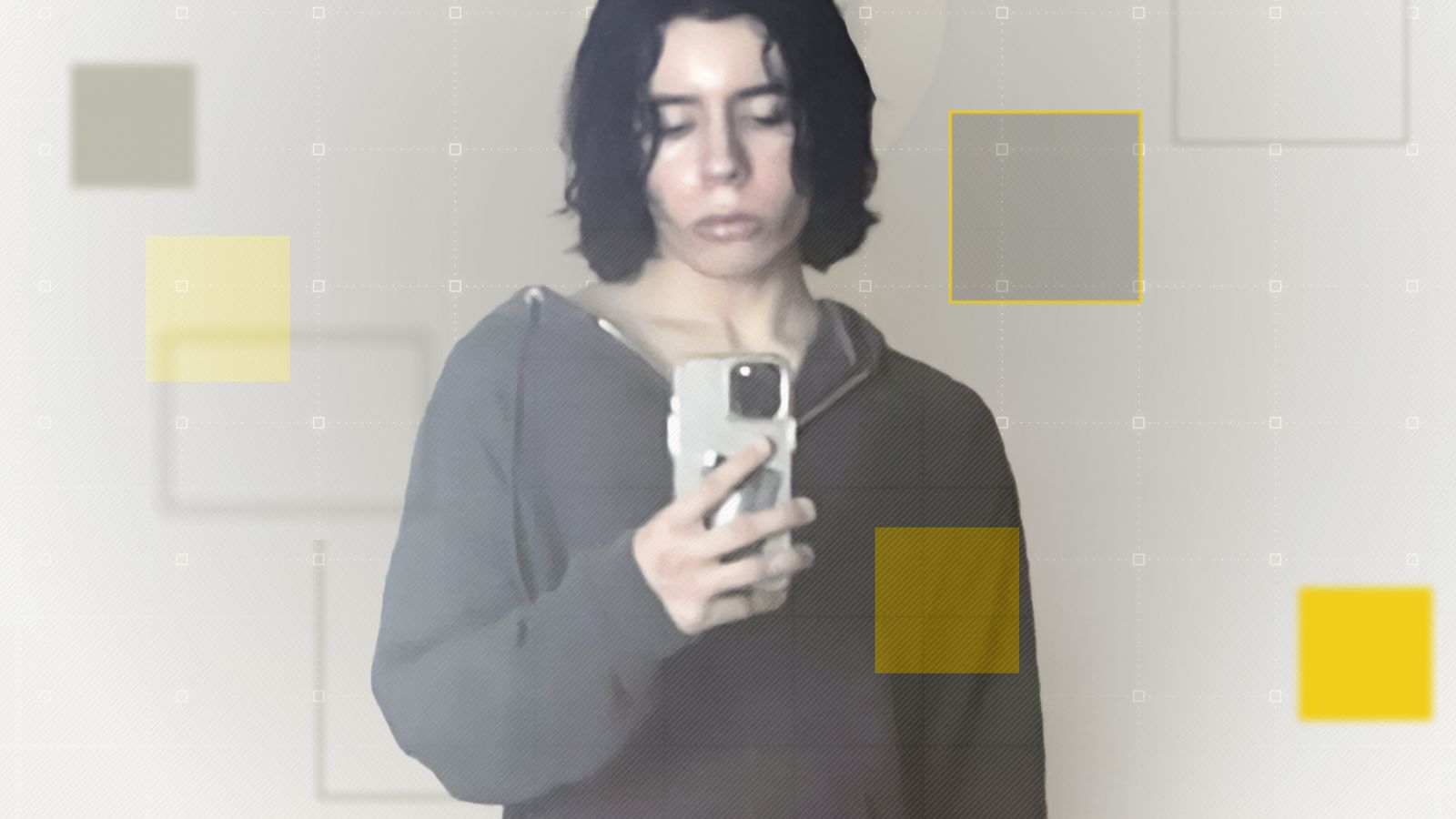 The 18-year-old who shot his grandmother before killing 21 people – including 19 children – at a Texas primary school is not believed to have left a manifesto or note explaining his actions.

Those who knew him say he was bullied and didn’t have many friends.

But messages Salvador Ramos sent to strangers online have begun to surface.

In them, he tells a person to kill themselves, boasts about buying a gun, and in one online audio chatroom he comments that people deserve “to get raped”.

Ramos had a number of social media accounts and used the same photos and usernames on them.

He was particularly active on an app called Yubo. It enables users to make new friends with people based on their location.

Screenshots show his account was verified with a yellow tick. This means he submitted evidence of his identity, including an official form of ID and confirmation he matches his photos.

He used at least two usernames on his accounts. He initially used his real name, but later changed it to “TheBiggestOpp”, a username that also appears on his Instagram and TikTok accounts.

Ramos wanted people to follow him on his different social accounts. This screenshot of his Yubo profile promotes his Instagram username.

Ramos uploaded a number of selfies, including one posing in front of what appears to be a broken mirror while lifting his T-shirt up.

He used these apps to message people he didn’t know in real life.

A 15-year-old girl in Germany told CNN she met Ramos through Yubo. From there, they began to text and video call each other.

Ten minutes before the police were first called to the shooting, Ramos texted the girl to say he had shot his grandma and was going to “shoot up an elementary school”.

CNN have reviewed the texts, but Sky News is unable to independently verify them.

Ramos also messaged a person on Yubo with proof he had bought a gun.

Read more:
All 21 victims of Texas school shooting named
Why do US gun sales increase after mass shootings?

He sent aggressive messages on the app. He told one girl on Valentine’s Day that he would worship her before saying she should jump off a bridge.

This behaviour is recorded again when he is in an online audio chat room on Yubo.

He tells the group: “I guess everyone [inaudible] deserves to get raped.”

The other people in the chat react in shock and chastise him for his comments.

Sky News understands at least one user who was contacted by him reported Ramos’ account, banned him from her live chats and reached out directly to the company for “help with his harassment”.

Yubo users have alleged Ramos abused animals and livestreamed it on the platform, although no screenshots or recordings of this have surfaced.

Sky News asked Yubo to respond to the screenshots in this article, the claim that his account was reported to them, and the allegations of animal abuse.

A spokesperson from Yubo told Sky News: “We are deeply saddened by this unspeakable loss and are fully cooperating with law enforcement on their investigation.

“At this stage, we are not legally able to release any specific user information outside of direct requests from law enforcement, but can confirm that we are investigating an account that has since been banned from the platform.”

Yubo was not the only social media platform he used to contact strangers.

Salvador Ramos posted a photo of two guns on his Instagram before the attack.

He included the handle for another Instagram user, epnupues, in the image.

These images and the Instagram profile have been widely shared.

Epnupues issued a statement saying they did not know Ramos.

The user wrote: “He’s a stranger. I know nothing about him. He decided to tag me in his gun post.

“I’m so sorry for the victims and their families. I don’t really know what to say.”

The account also shared a number of screenshots of messages with Ramos.

On 12 May, he asked her to “repost my gun pics” on to her profile, to which epnupues replied, “What your guns gotta do with me” and “I’m so confused”.

Epnupues also shared what appeared to be the last message she received from Ramos.

The message was sent at 9.16am. It does not have a date stamp, which means the screenshot was taken on the same day the message was received. This means it was likely sent the morning of the attack, but it is not possible to know this for certain.

His last message was “Ima air out”, a reference to shooting someone.

As well as sharing the messages from Ramos, epnupues shared accusations made against them – with one person accusing the user of being Ramos’ girlfriend.

“I don’t know him and I dont even live in Texas,” epnupues said in reply.

His profile has been shut down by Instagram, which is working with US law enforcement on the matter.

Daniel Allington, a senior lecturer at King’s College London who specialises in social media in relation to hate and violence, reviewed Ramos’ posts.

He told Sky News: “We’ve got a socially isolated young man who appears to have violent fantasies of revenge who begins by shooting an older female relative in an argument and then goes on to kill as many people as possible.

“Clearly there will be a lot of young socially isolated young men who are posting threatening and aggressive messages on social media, behaving in an aggressive way towards members of their family or a local community and very few of them go on to do something like this.

“So it’s difficult to say that warnings were missed.”

Referring to Ramos’ conversations with epnupues on Instagram, Dr Allington said: “If you look at his interactions with on people with on social media, you can see there’s a clear element of aggression, in particular towards the woman he was speaking to.

“He believes he’s entitled to her attention, even though she doesn’t actually know him. He uses the threat that he’s about to do something, although he didn’t say what, as a means of getting attention.”

Dr Allington said there was currently no reason to identify Ramos with the incel movement, especially as the first person he shot was elderly and most of the rest were children. Incels typically direct their anger towards women who are of reproductive age and men who they see as more sexually successful than themselves, he explained.

The Data and Forensics team is a multi-skilled unit dedicated to providing transparent journalism from Sky News. We gather, analyse and visualise data to tell data-driven stories. We combine traditional reporting skills with advanced analysis of satellite images, social media and other open source information. Through multimedia storytelling we aim to better explain the world while also showing how our journalism is done.

Shapps ‘one out’ on size of Tory mutiny that took backroom fixers by surprise
The best mid-drive electric bike on a budget: Ride1Up Prodigy XR e-bike review
Mark Zuckerberg envisions a billion people in the metaverse spending hundreds of dollars each
Voters to head to the polls in two crucial by-elections
Ed Sheeran awarded more than £900k in legal fees after Shape Of You copyright win