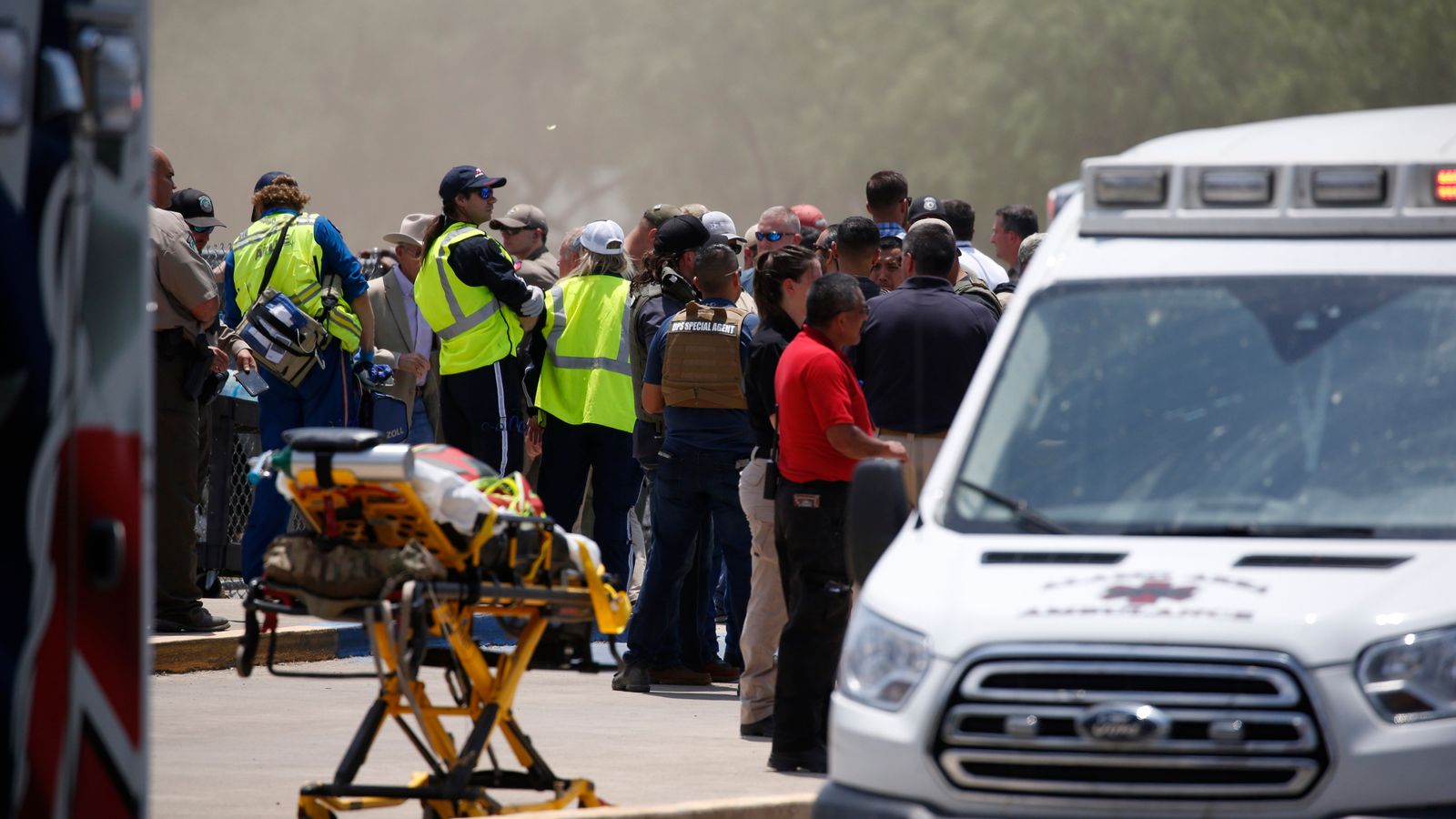 14 children and one teacher have been killed in a shooting at a primary school in Texas, the state governor has said.

The attack happened at Robb Elementary School in the city of Uvalde, around 80 miles west of San Antonio.

Governor Greg Abbott identified the gunman as Salvador Ramos,18, who lived in the city and entered the school with a handgun and possibly a rifle.

He added that the gunman is dead and is believed to have been killed by responding officers.

More than a dozen children were taken to Uvalde Memorial Hospital, while University Hospital in San Antonio, said a 66-year-old woman was in critical condition.

Robb Elementary School has an enrollment of just under 600 students.

As an elementary school, classes will be for children aged between around five and 11 years old.

Earlier, The Uvalde Consolidated Independent School District said that all schools in the district were locked down because of gunshots in the area.

Warner Bros admits it was ‘wholly wrong’ to block Sky News questions in JK Rowling censorship row
Nicola Sturgeon sets a date and question for proposed Scottish independence referendum
Every new passenger car sold in the world will be electric by 2040, says Exxon Mobil CEO Darren Woods
Snoop Dogg on the current crypto winter and future of NFTs: ‘Every great industry has a downfall’
HSBC executive Haire in surprise move to run the Skipton