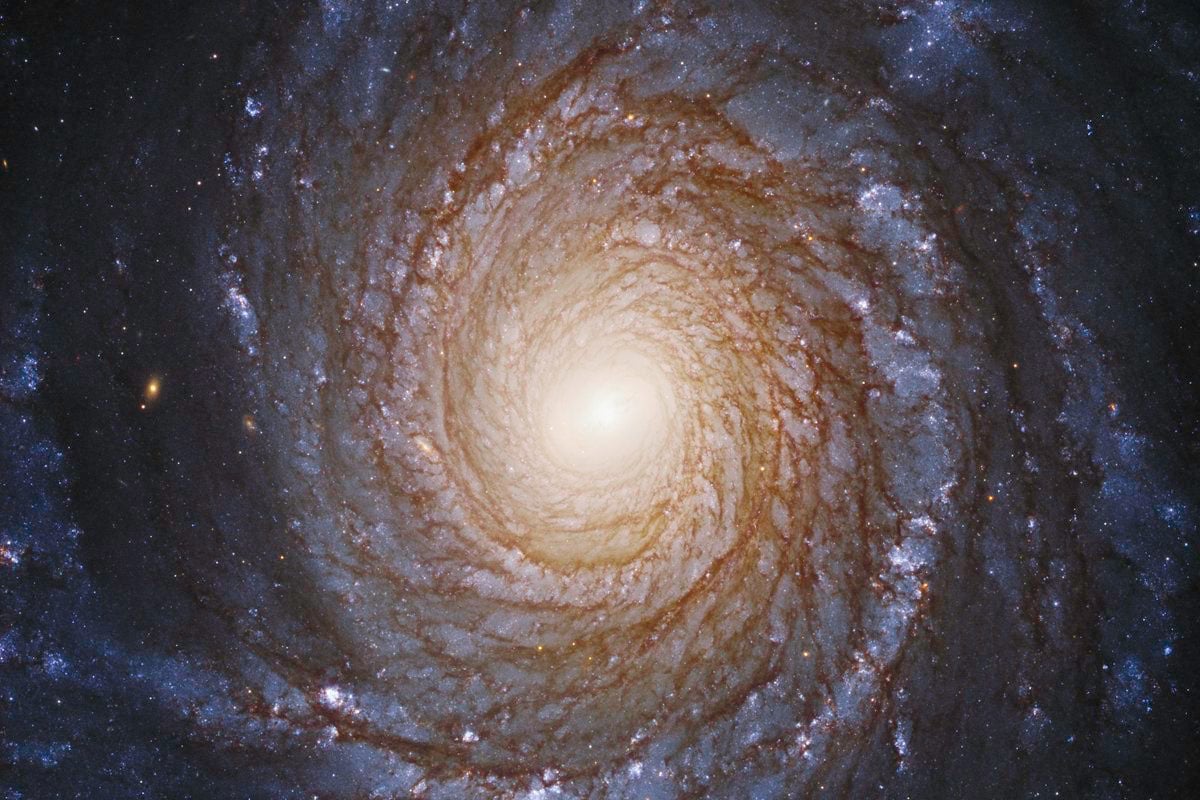 In its over 30 years of service, NASA’s Hubble Space Telescope has captured some intriguing images of the cosmos, helping astronomers in understanding the mysterious events taking place up there. One of these images is of the spiral galaxy named NGC 3147. This majestic galaxy is located about 130 million light-years away in the constellation Draco, also called the “dragon”. The image shows the galaxy’s graceful, winding arms appear like a grand spiral staircase sweeping through space. In reality, these spirals contain pinkish nebulae, young blue stars, and dust in silhouette.

The image was first released by the space agency in July 2019. While the frame looks incredibly beautiful from the outside, it hides an interesting fact in plain sight. At the core of the galaxy is a malnourished black hole, which is surrounded by a thin, compact disk of stars, gas, and dust that have been caught up in a gravitational maelstrom. The black hole’s gravity is so strong that anything that comes close to it gets swept up in the disk.

According to the NASA‘s Hubble team, this monster black hole weighs about 250 million times the mass of our Sun. The disk is so deeply embedded in the black hole’s intense gravitational field that the light from the gas disk is modified, according to Einstein’s theories of relativity, giving astronomers a unique peek at the dynamic processes close to a black hole.

Having an unblocked view of the universe, Hubble continuously works to keep a tab on the events in space. The team then releases some images on social media that it finds worth generating curiosity among amateur astronomers across the world.

Recently, it shared an image of a fascinating spiral galaxy called Caldwell 5, which is located about 11 million light-years away from us. Its core has an active star nursery capable of producing thousands of stars in a couple of million years.