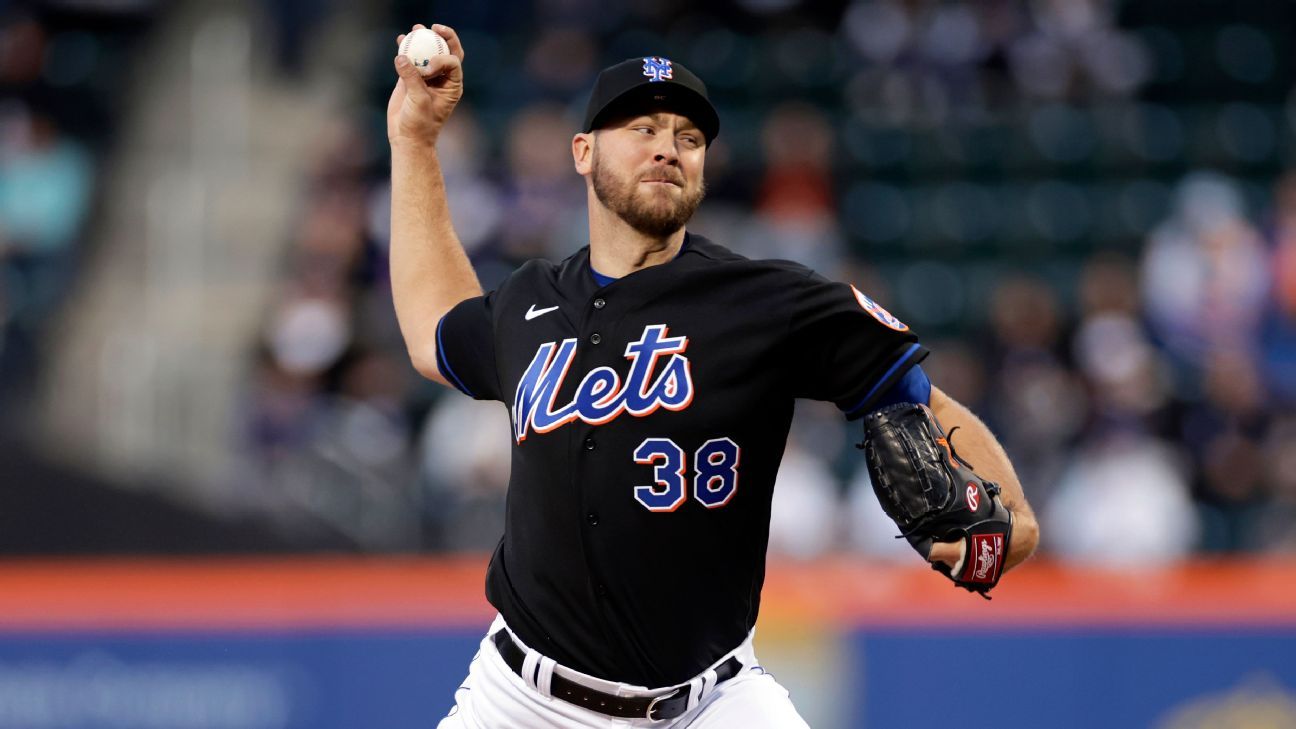 NEW YORK — Right-hander Tylor Megill was placed on the 15-day injured list by the New York Mets on Sunday because of an inflamed right biceps, four days after he allowed eight runs over 1⅓ innings during a defeat at Washington.

Mets manager Buck Showalter did not mention the injury during his pregame news conference, and the team announced it about 50 minutes before the start of Sunday’s game against the Seattle Mariners. The Mets said Megill, 26, will have an MRI later Sunday.

Megill is 4-2 with a 4.41 ERA in seven starts, striking out 37 and walking nine in 34⅔ innings. He has been part of a rotation that includes Max Scherzer, Chris Bassitt, Taijuan Walker and Carlos Carrasco.

The Mets made the roster move retroactive to Thursday.

Right-hander Colin Holderman’s contract was selected from Triple-A Syracuse, and right-hander Trevor May was transferred to the 60-day injured list.