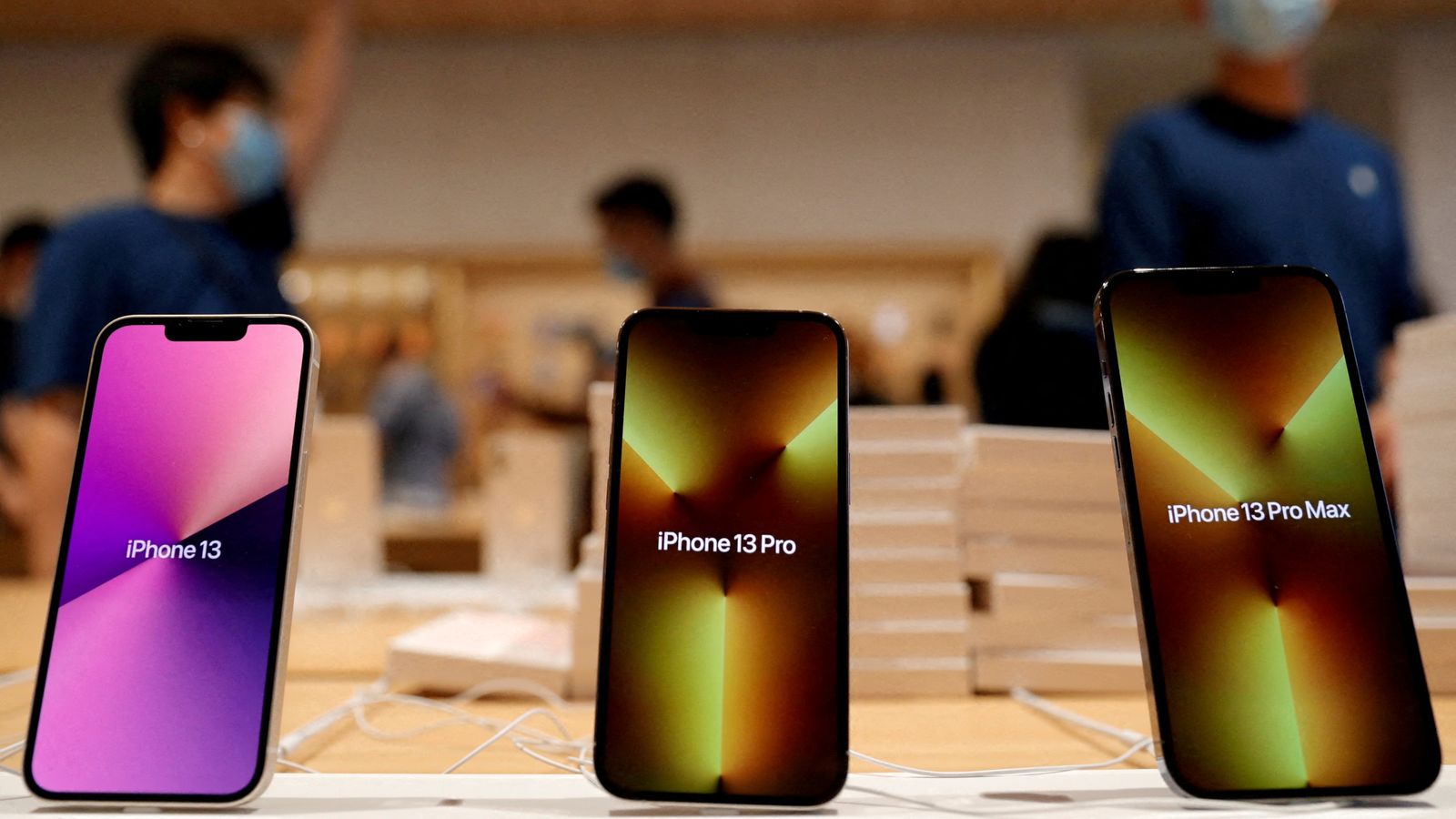 Apple has shrugged off the impact of chip shortages to deliver record quarterly sales of $123.9bn (£92.6bn) and said the constraints will start to ease.

The iPhone maker’s revenues for the three months to Christmas were 11% higher than a year ago even though the shortages put a $6bn dent in the figure – something the company had previously warned about.

Apple said the shortages had affected mainly older models of its products and that it expected the impact on the current quarter to be lower than $6bn.

The California-based tech giant – which briefly became the first company to be valued at more than $3trn earlier this year – reported a profit of $34.6bn for the Christmas period, 20% up on 2020.

Apple, which started shipping its new iPhone 13 model days before the quarter began, said phone sales were 9% ahead year-on-year at $71.6bn.

It was the iPad that seemed to bear the brunt of chip shortages, with sales down 14% at $7.2bn.

Industry data earlier this week showed the iPhone growing market share in China to become the top-selling handset in that market for the first time in six years.

Sales in Apple’s wearable, home and accessories category, which include AirPods and Apple Watch, climbed by 13% to $14.7bn.

On the impact of supply chain strains, finance director Luca Maestri told the Reuters news agency: “The level of constraint will depend a lot on other companies, what will be the demand for chips from other companies and other industries.

“It’s difficult for us to predict, so we try to focus on the short term.”

Demand for Apple’s hi-tech computers, accessories and tablets has boomed over the period when people have been forced to stay at home because of the pandemic.

It is also growing its services arm, covering the likes of Apple TV+, Apple Music and Apple Fitness, which posted growth of 24% to $19.5bn in the latest quarter.

The company now has 785 million paying subscribers, an increase from 620 million a year ago and 745 million last quarter.

Apple’s results delivered a boost to its shares which have fallen sharply since their recent peak, caught up in a wider sell-off across the tech sector which has left them 10% lower for the year to date.