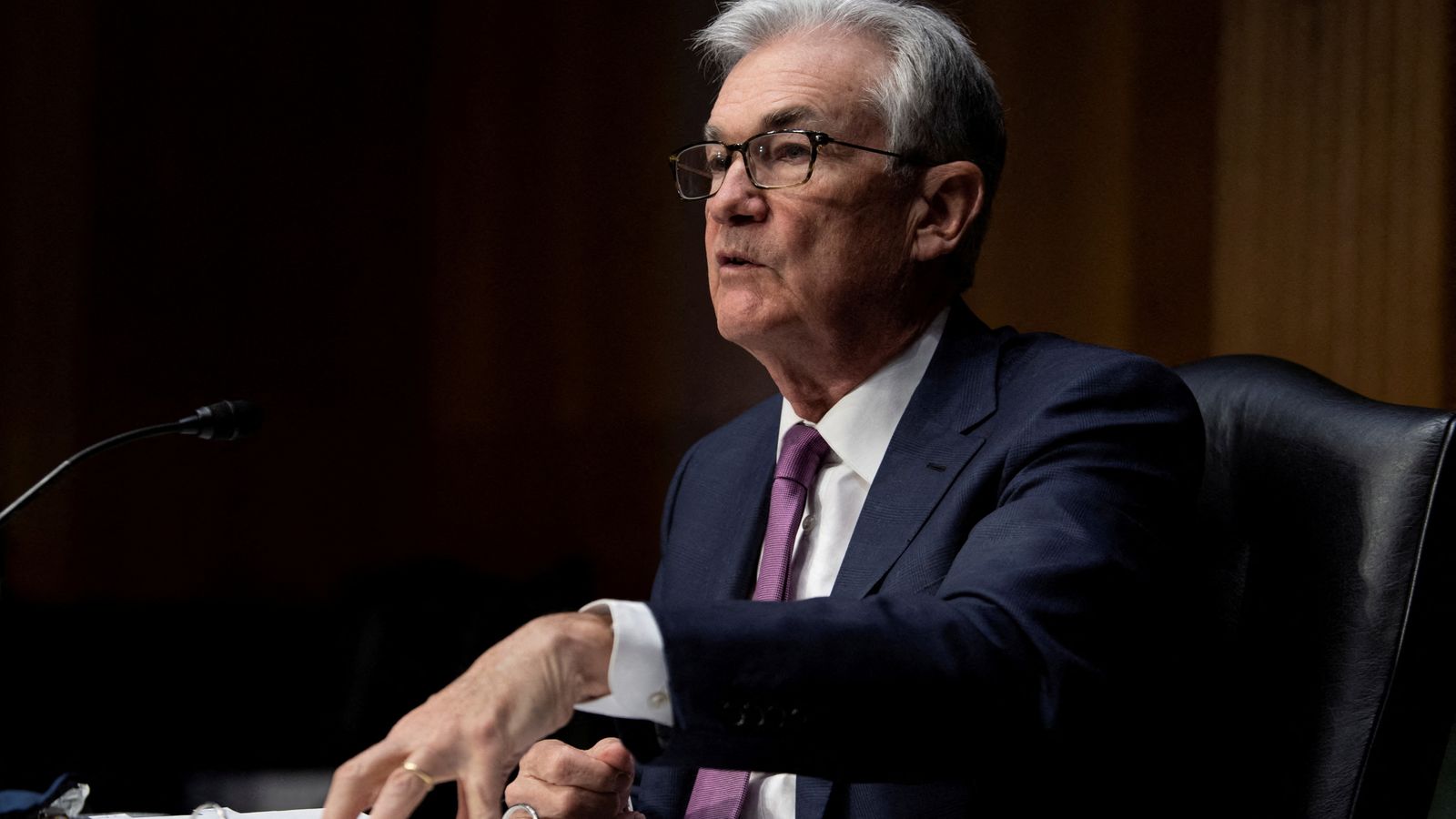 The head of America’s central bank has declared there is “quite a lot of room to raise interest rates” as it stepped closer to a March hike.

Jerome Powell, chair of the US Federal Reserve, made the remarks in a news conference after the bank declared that a hike would “soon be appropriate” – as it battles soaring inflation.

Wall Street stocks turned negative since, while a March hike – and more later in the year – was already expected, Mr Powell’s comments appeared to harden the Fed’s stance.

Mr Powell said that since its last meeting in December, his expectations for inflation had become “just a bit worse” and that there was “quite a lot of room to raise interest rates without threatening the labour market”.

Mr Powell acknowledged that the risk posed by COVID-19 was not over, but added: “The economy has shown great strength and resilience in the face of the ongoing pandemic.”

New York’s Dow Jones and S&P 500 gave up earlier gains and turned as much as 1% lower.

The Fed’s statement left rates on hold for now and said it would continue to scale back its multi-billion programme of asset purchases, bringing them to an end by March.

That move, together with a rate hike, will mark a turn away from the ultra-loose monetary policies that helped the central bank cushion the world’s biggest economy – and the financial markets – from the economic turmoil created by the pandemic.

Now, like the UK, America is facing a cost of living surge, with inflation hitting 7% for the first time in nearly four decades.

At the same time, a jobs recovery has persuaded the central bank’s rate-setting Federal Open Market Committee (FOMC) that it can start to shift away from its emergency stance.

“With inflation well above 2% and a strong labour market, the committee expects it will soon be appropriate to raise the target range for the federal funds rate,” the FOMC said in a statement.

Stock markets in the US have been gripped by anxiety over the Fed’s next move with the prospect of higher interest rates dragging on the values of tech companies in particular.

That has resulted in a turbulent start to the year for Wall Street.

Traditionally, rate hikes are a tool used by central banks to cool demand in the face of spiralling prices – and the Bank of England has already taken action with a surprise increase just before Christmas.

The Fed’s plans have global implications, particularly for emerging markets where US rate hikes could ramp up the cost of servicing dollar-denominated debt and hurt foreign investment flows.

Closer to home, they also dampen the relative attractiveness of holding onto tech stocks that are highly valued because of their future earnings potential, compared to the rising yields available from bonds as rates rise.

Jimmy Butler’s play in this series is a reminder of what the 76ers could have been
‘We started something new here’: Factory gets influx of workers with unique offer
NASA’s James Webb Space Telescope Captures Interstellar Image With Unprecedented Clarity
Inflation takes toll as UK economy contracts in March
PM wants ministers to cut 90,000 civil service jobs to ease cost of living crisis – but union warns of ‘reckless slash and burn’