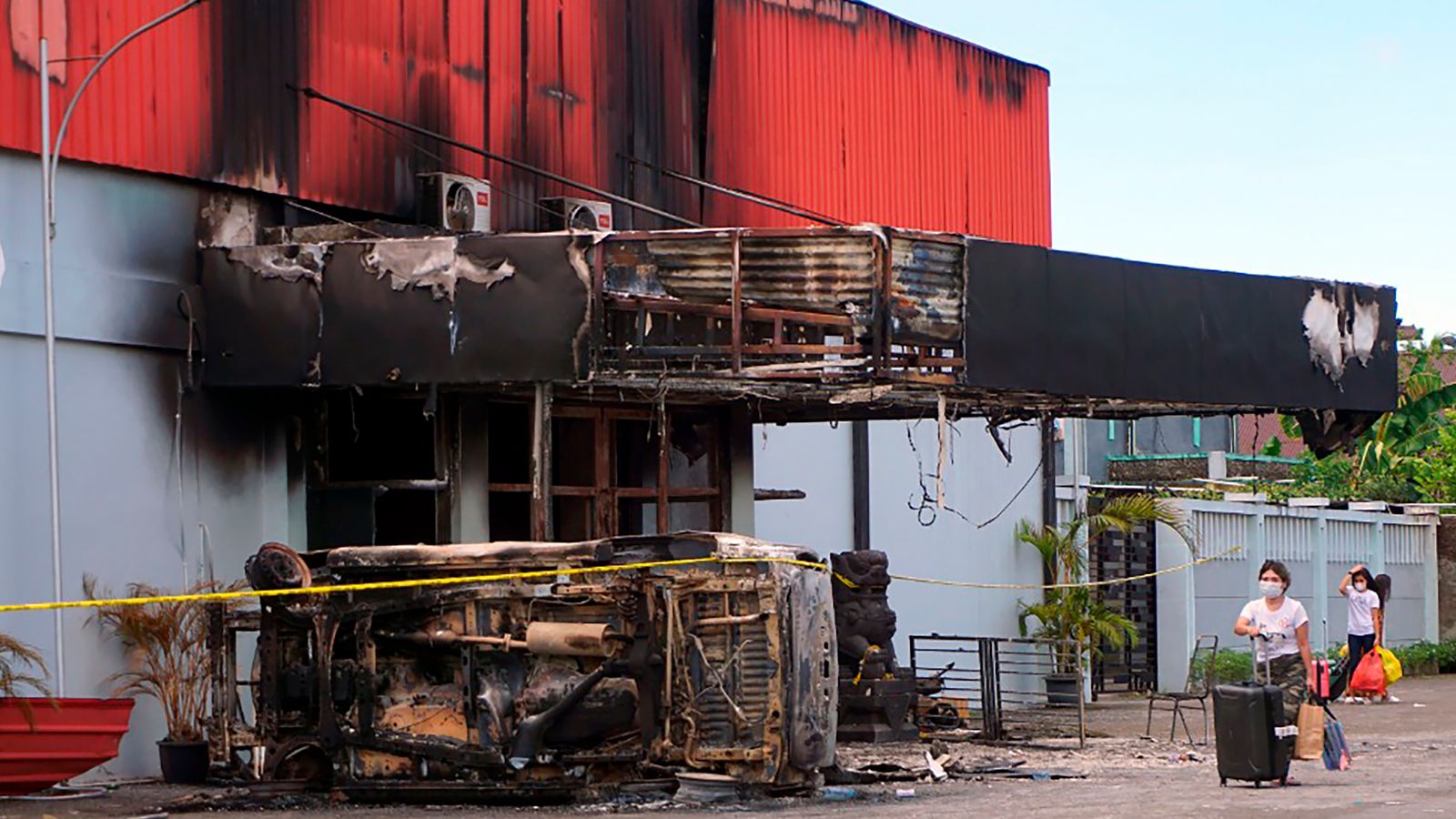 Nineteen people have died after a fight between rival gangs led to a fire at a nightclub in Indonesia.

Two groups attacked each other with machetes, arrows and Molotov cocktails inside the karaoke bar in East Sorong.

One person was fatally stabbed, while 18 bodies were found after Monday night’s fire.

It is believed that the victims were trapped inside.

Both gangs had also clashed on Saturday evening after a misunderstanding, officials said.

Adam Erwindi, a spokesperson for the local police force, told Metro TV: “Fights among youths in cities are normal, but this has caused so many deaths, that is a first.”

Detectives are still investigating what happened and whether the fire was deliberate or accidental, and are meeting the main figures of the two groups.