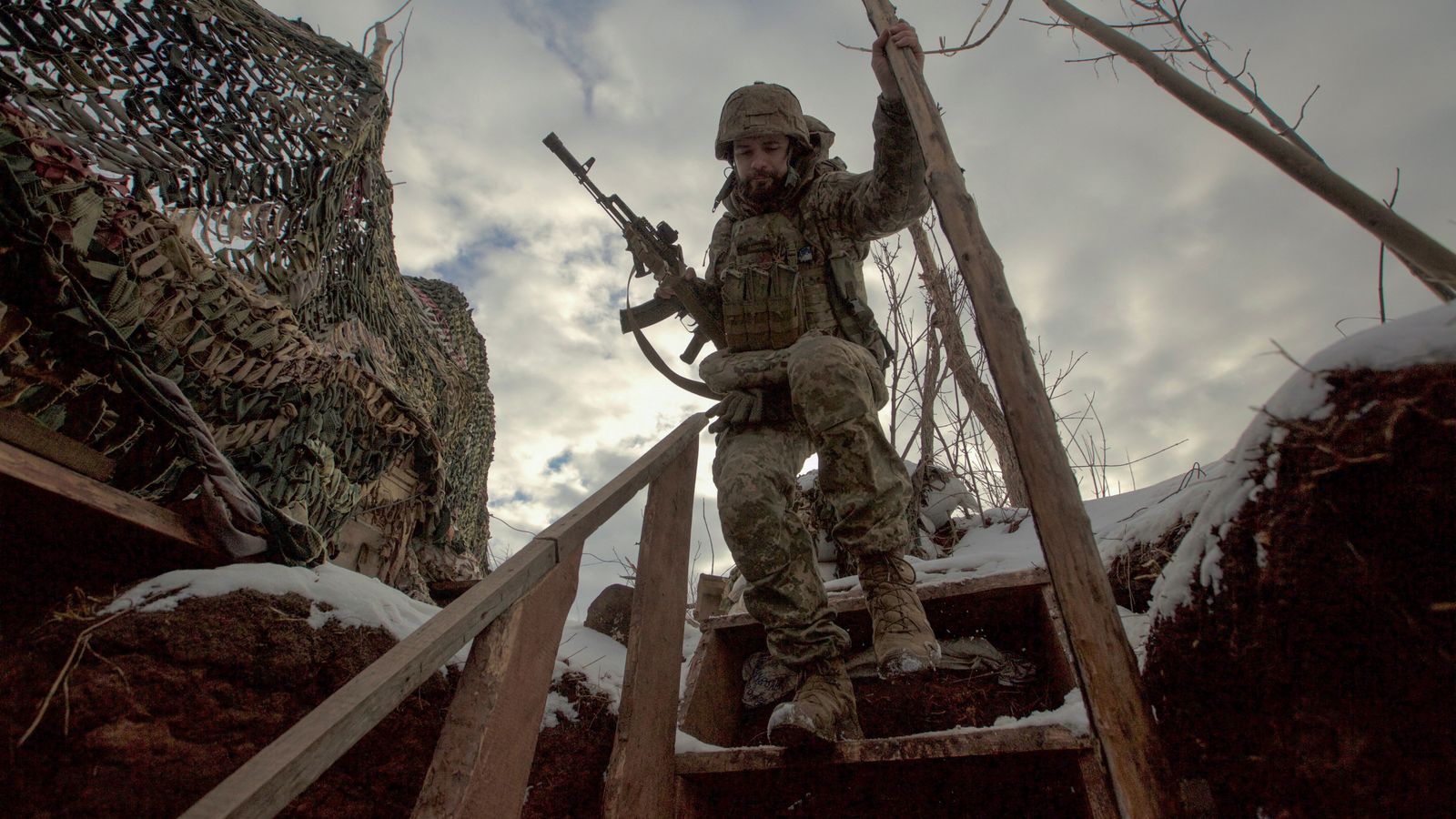 The UK will stand “shoulder to shoulder” with Ukraine but it is “extremely unlikely” British troops will be sent to the Russian border, Dominic Raab has said.

The deputy prime minister said the UK and other nations will enforce economic and financial sanctions on Moscow if Russia invades Ukraine – as troops mount at the border.

He told Sky News’ Trevor Phillips on Sunday: “We will support them in defending themselves but also to the international community, to NATO allies in the West, we’re standing shoulder to shoulder saying there will be very serious consequences if Russia takes this move to try and invade and also install a puppet regime.”

Mr Raab, asked if the UK would send troops if Russia invade, added: “It’s extremely unlikely we would do that but what we can say is we’re already willing and engaging in training programmes to support Ukrainians defending themselves, that’s absolutely right.”

The deputy PM’s comments come after the UK’s Foreign Office accused Russia on Saturday night of a shadowy plot to install a pro-Kremlin government in Kyiv.

In a highly unusual move that appeared to be based on specially declassified intelligence, the Foreign Office alleged that a former Ukrainian MP was “being considered as a potential candidate” as a new leader in what would be a significant escalation of the crisis.

But Yevhen Murayevm, the former Ukrainian MP, said the accusation was “stupidity and nonsense”.

The owner of a television channel in Ukraine said he was “amused” by the allegations as he has been under Russian sanctions for four years and is barred from Russia.

“He’s trying to appeal to Ukrainians who still believe that the Soviet Union and Russia is the best way for Ukraine to develop,” he said.

Mr Prystaiko, asked if he thinks Russia will invade Ukraine, said: “I do believe this, it wouldn’t be the first time.

“We will fight to the death, unfortunately so many people in our nation will die but we’ll try to defend it from the Russians.”

He also hit out at Germany for blocking NATO ally Estonia from giving military support to Ukraine by refusing to issue permits for German-origin weapons to be exported to Kyiv.

The ambassador said: “If I have somebody from NATO to tell things like that I would expect Germany to be the last ones, so many Ukrainians still remember what Germany did in our part of the globe, in Ukraine especially.

“We’re talking about both of the world wars. There is no Ukrainian family that wasn’t affected.

“If I have to listen to somebody saying Ukrainians can’t have weapons then Germany should be at the end of the line.”

Mr Prystaiko also said Ukraine has asked Germany to halt use of the recently completely Nord Stream 2 gas pipeline under the Baltic Sea, which will provide gas from Russia. Stopping its use would likely exacerbate already soaring gas prices across Europe.