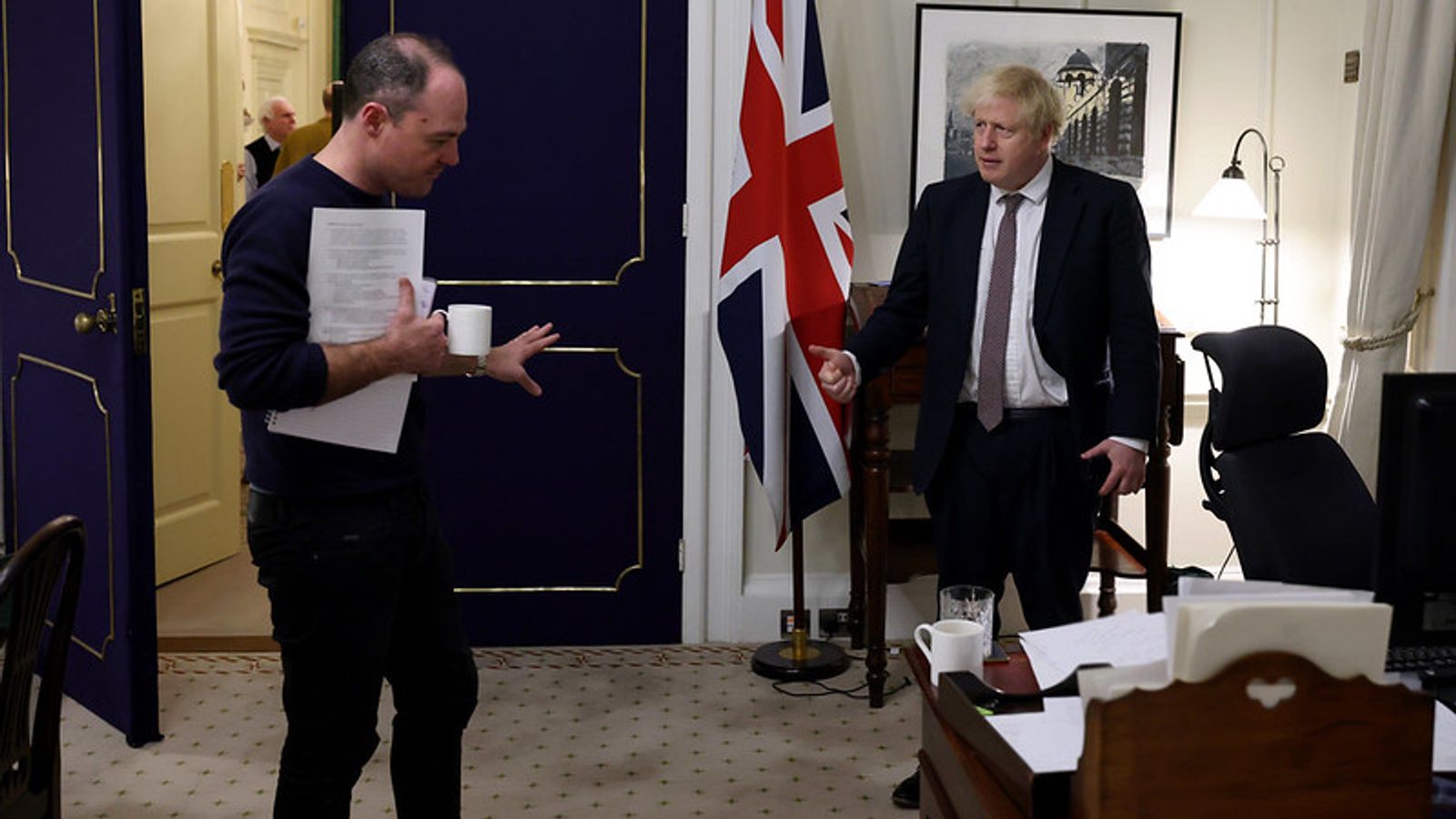 The prime minister’s former director of communications has apologised “unreservedly” for a party held to mark his departure from Downing Street on the eve of Prince Philip’s funeral.

In a statement released on Friday morning, James Slack said he wanted to “apologise unreservedly for the anger and hurt caused” by the gathering on 16 April, which is said to have involved 30 Downing Street staff partying into the early hours at Number 10 at a time when indoor mixing was banned.

“This event should not have happened at the time that it did. I am deeply sorry, and take full responsibility,” Mr Slack, who last year left Downing Street to become deputy editor-in-chief at The Sun newspaper, said.

The events – which according to the original report in The Telegraph included people drinking and dancing to music and one attendee being sent shopping with a suitcase to fill with bottles of wine – occurred the night before the Queen was forced to sit by herself at her husband’s funeral at St George’s Chapel in Windsor.

On Thursday evening, Number 10 failed to deny the allegation that advisers and civil servants gathered after work for two separate events on 16 April to mark the departures of Mr Slack and one of the prime minister’s personal photographers.

A Number 10 spokesperson told The Telegraph that Mr Johnson was not in Downing Street that day. He is said to have been at chequers.

Speaking to Sky News this morning, a minister admitted to being “shocked to read” the reports.

Security minister Damian Hinds said he did not know many details of the alleged events as the story has only just broken, but added: “If the details that are in this story turn out to be true, clearly people are going to form their judgement.”

Mr Hinds said “action can be taken” against any individuals found to have committed wrongdoing by senior civil servant Sue Gray, who is carrying out an investigation into parties held in Downing Street and elsewhere across Whitehall.

But the security minister told Sky News he has confidence in Mr Johnson as Conservative Party leader.

Pressure is mounting on Mr Johnson as the prime minister faces growing calls to resign.

Sir Ed Davey, the leader of the Liberal Democrats, said: “The Queen sitting alone, mourning the loss of her husband, was the defining image of lockdown. Not because she is the Queen, but because she was just another person, mourning alone like too many others.

“Whilst she mourned, Number 10 partied. Johnson must go.”

His comments were echoed by Labour deputy leader Angela Rayner, who wrote on Twitter: “The Queen sat alone in mourning like so many did at the time with personal trauma & sacrifice to keep to the rules in the national interest.

“I have no words for the culture & behaviours at number 10 and the buck stops with the PM.”

Meanwhile Fran Hall, from COVID-19 Bereaved Families for Justice, said: “If your neighbours had behaved like this, you’d have been disgusted. For the people running the country to do it and then lie about it, shows a complete disdain for the general public.”

Ms Hall added: “The Conservative MPs that are keeping him in power disgrace their country.”

Culture Secretary Nadine Dorries says the public has ‘nothing but support’ for Boris Johnson.

The two 16 April events were held in two different parts of the Downing Street complex but later joined together in the garden, with around 30 people attending both gatherings combined, it is claimed.

The Telegraph reported that one staff member was said to have acted as a DJ at one of the events, while another who was present is reported to have expressed fears that too much wine was being spilled on a carpet.

One eyewitness noted that a staff member used and broke a child’s swing in the garden belonging to Mr Johnson’s son, Wilfred.

At the time of the newly-alleged parties, the country was in a period of national mourning, and England was still under strict COVID rules that banned socialising with other households indoors unless you had formed a support bubble.

People in England were also prevented from meeting outdoors in groups larger than six, or from more than two households.

Those coronavirus restrictions also limited Prince Philip’s funeral to just 30 attendees, as with other services, while only 15 were allowed to gather for wakes.

Another MP submits letter of no confidence in Mr Johnson

The latest Downing Street parties allegations came as Mr Bridgen became the fifth Conservative MP to publicly announce he had submitted a letter of no confidence in the prime minister on Thursday night, alongside Caroline Nokes, Douglas Ross, Sir Roger Gale and William Wragg.

If a total of 54 Conservative MPs submit letters to head of the 1922 Committee of Conservative backbench MPs Sir Graham Brady, Mr Johnson will be forced to face a confidence vote over his leadership.

Speaking to Sky News on Friday morning, Sir Roger said the events which reportedly took place on 16 April were “wholly unacceptable and completely insensitive and should never have happened” – but added that he does not hold the PM responsible as he “was not there”.

Sir Roger said the allegations “reveal a culture within Downing Street that obviously stems from the top and should not be permitted”, adding: “I don’t think that the image of the Downing Street branch of the Majestic Wine warehouse is doing us any good at all.”

Multiple allegations of COVID rule-breaking in both Downing Street and other government buildings are currently subject to an investigation by Sue Gray, a senior civil servant.

However, she is not expected to report on her findings until next week at the earliest.