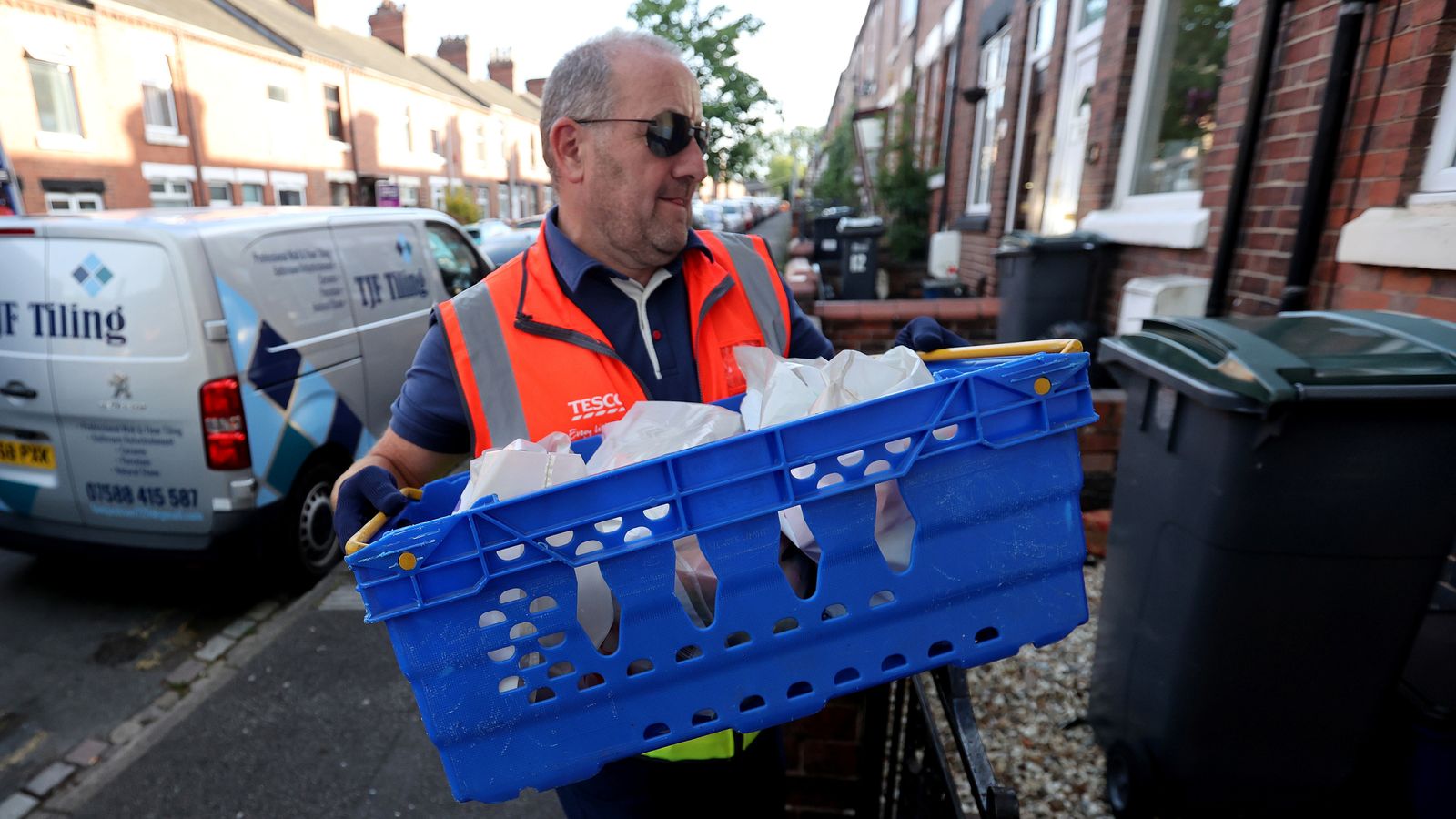 The UK’s largest supermarket chain has reported a strong Christmas for sales in the face of “growing cost pressures and supply chain challenges”.

Tesco reported a 2.7% rise in like-for-like sales for its core UK and Ireland grocery business during the six weeks to 8 January compared to the same period last year.

It raised its profit outlook for the second time in four months as a result of the performance, saying it now expected to deliver retail operating profits for the year to February slightly above the top-end of its previous £2.5bn-2.6bn range.

It credited a focus on value for claiming its highest share in four years during the festive season; growing share both in stores & online.

The company said its large stores and convenience outlets did particularly well while it now had its highest share of the home delivery market since the COVID pandemic began with Tesco taking an average 1.2 million orders per week.

Sales rose despite tough comparisons with Christmas 2020 when tighter public health restrictions were in place – a scenario which prompted a rush for groceries as families were forced to stay home.

Tesco had been among businesses to admit hits from supply chain disruption in the run-up to Christmas – particularly over the recruitment of lorry drivers.

Chief executive Ken Murphy said on Monday: “We are delighted that we were able to help our customers have a great Christmas.

“Despite growing cost pressures and supply chain challenges in the industry, we continued to invest to protect availability, doubled down on our commitment to deliver great value and offered our strongest ever festive range.”

All the major grocery chains to have reported this week – Sainsbury’s, Aldi and Lidl – have claimed a rise in sales over the crucial Christmas period compared to a year ago.

The discounters see themselves in pole position to eat into the market shares of the biggest players as shoppers’ budgets come under pressure this year from surging inflation.

But John Moore, senior investment manager at Brewin Dolphin, said the signs were good for the marker leader.

He wrote: “Tesco has followed Sainsbury’s with a strong set of Christmas results against tough comparators from last year.

“All cylinders are firing at the company: the core supermarket is growing its market share, online sales are significantly ahead of where they were pre-pandemic, its wholesale arm Booker is posting good quarterly growth helping to maintain overall performance, and the bank is benefitting from action taken and a favourable backdrop.”

Russia invading Ukraine would be ‘insane,’ says former Swedish prime minister
Saints coach Payton stepping away from team
Los Angeles bans new oil and gas wells and will phase out old ones over five years
Lamborghini announces all future vehicles will have an electric motor – first all-electric likely four-door car
Boris Johnson yet to receive partygate report – What is holding up its release?