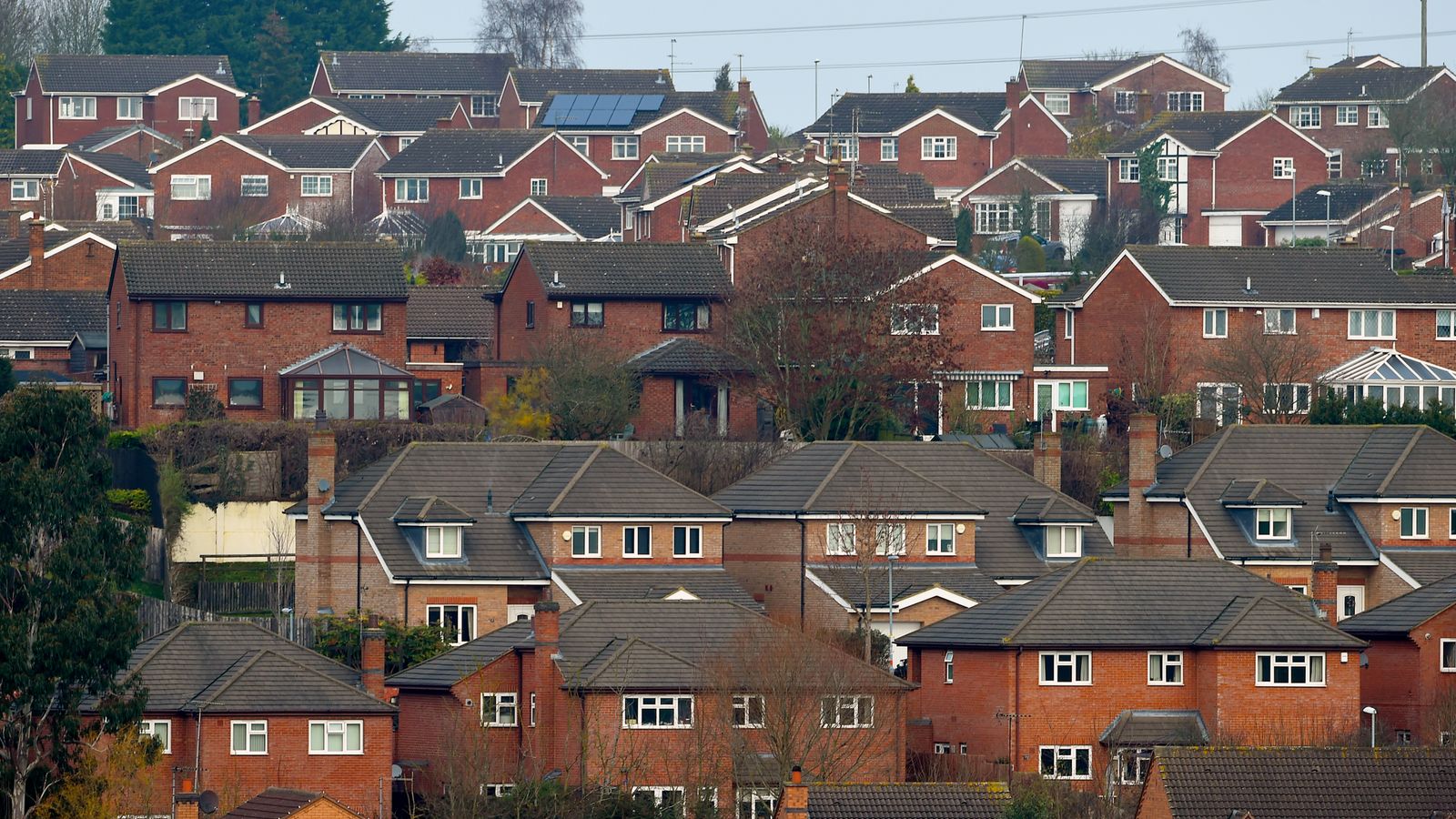 Households will be able to apply for a £5,000 grant to swap their gas boiler for a low-carbon heat pump, as part of government plans to cut emissions.

The government announced that the £450m Boiler Upgrade Scheme, which is part of the more than £3.9bn funding to cut carbon from heating and buildings, will be used to help it reach its target for all new heating system installations to be low carbon by 2035.

However, the government insisted families will not be forced to remove their existing fossil fuel boilers. 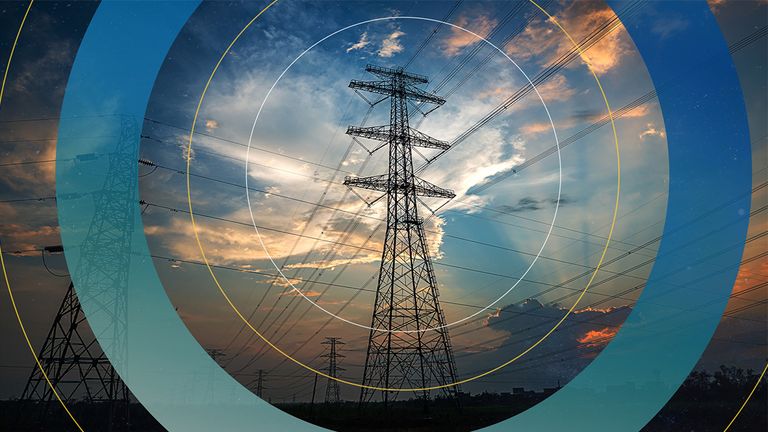 Can Britain have zero carbon electricity?

Ministers said that switching to low carbon heating will cut emissions and reduce the UK’s dependency on fossil fuels, as well as its exposure to global price spikes in gas. It will also support up to 240,000 jobs across the country by 2035, they added.

The scheme will encourage people to install low carbon heating systems such as heat pumps, which run on electricity and extract energy from the air or ground.

The £3.9bn funding will be used to cut carbon from heating and buildings, including by making social housing more energy efficient and cosier, as well as reducing emissions from public buildings, over the next three years.

The £5,000 grants will be available from April and will mean people installing a heat pump will pay a similar amount to those installing traditional gas boilers, according to the plans.

The grants for heat pumps will be available for households in England and Wales, as part of the UK-wide heat and buildings strategy.

Heat pumps currently cost an average £10,000 to install and do not necessarily deliver savings on running costs despite being much more efficient than gas, because green levies are higher on electricity than on gas.

The government said its plans would help people install low-carbon heating systems in a simple, fair and cheap way as they replace their old boilers over the next decade.

It said it would work with industry to make heat pumps the same cost to buy and run as fossil fuel units by 2030.

Subscribe to ClimateCast on Spotify, Apple Podcasts, or Spreaker.

Prime Minister Boris Johnson said: “As we clean up the way we heat our homes over the next decade, we are backing our brilliant innovators to make clean technology like heat pumps as cheap to buy and run as gas boilers – supporting thousands of green jobs.

“Our new grants will help homeowners make the switch sooner, without costing them extra, so that going green is the better choice when their boiler needs an upgrade.”

Business and Energy Secretary Kwasi Kwarteng added: “Recent volatile global gas prices have highlighted the need to double down on our efforts to reduce Britain’s reliance on fossil fuels and move away from gas boilers over the coming decade to protect consumers in long term.

“As the technology improves and costs plummet over the next decade, we expect low carbon heating systems will become the obvious, affordable choice for consumers.”

Greg Jackson, chief executive and founder of Octopus Energy, said that when the grant scheme launches, his company will install heat pumps at about the same cost as gas boilers.

“Today we’ve crossed a massive milestone in our fight against climate change and to reduce Britain’s reliance on expensive, dirty gas.”

Labour’s shadow business secretary, Ed Miliband, said: “As millions of families face an energy and cost of living crisis, this is a meagre, unambitious and wholly inadequate response.

“People can’t warm their homes with yet more of Boris Johnson’s hot air but that is all that is on offer.”

A fair, affordable and deliverable plan to wean Britain’s homes off fossil fuels is one of the toughest parts of the government’s net-zero plans.

Levies on energy bills have been a fairly straightforward way of subsidising clean forms of generating electricity – the method used to phase out coal power and replace it with offshore wind for example.

But how do you go about performing a similar trick in persuading the owners of 29 million gas boilers to switch to something else?

Especially when that something else costs 10 times more to buy, and would currently cost significantly more to run?

That’s the challenge of moving away from gas and towards electric-powered heat pumps. And one the Heat and Buildings Strategy has tried to address.

The plan has been delayed by more than a year; partly because of the amount of wrangling between energy secretary Kwasi Kwarteng and Chancellor Rishi Sunak about how to make it work.

But the result, according to most experts I’ve spoken to, is not a bad start.

The plan has sufficient money to help homeowners purchase about 30,000 new air source heat pumps a year for three years.

Nowhere near enough to fix the climate crisis (we need more like 450,000 by 2025 according to the Committee on Climate Change), but it is seen by many as a good start.

It should help generate the economies of scale needed to drive down the costs of the devices to drive up demand.

Heat pumps are only affordable if they run at lower temperatures than gas boilers (50C vs 70C) and that means to warm a home with a heat pump you need a well-insulated, draft-free house.

The plan boosts funding for improving things like insulation in social housing and for those in fuel poverty.

Again, by nothing nearly enough to meet a net-zero target, but most experts say they couldn’t have expected much more given the current pressures on public spending.

But important details are missing. There’s little support at all for homeowners or private landlords to improve the homes’ energy efficiency.

And there’s not much evidence of support for local authorities who manage the bulk of social housing – much of which is in greatest need of improvement.

Another important, and much trailed element of the strategy is reform of electricity pricing to encourage homeowners to make the switch from gas to electric heat pumps.

It was expected that the strategy would remove levies from electricity, to make things like heat pumps cheaper to run, and therefore more attractive.

Instead, the government has decided to consult on this with a decision next year.

Classmate: Turpin child was bullied in school
Man facing life behind bars for murdering vulnerable mum-of-two who had visited A&E after fall
NASA Launches DART Mission Aboard SpaceX Rocket to Kick an Asteroid Off Course
Biden administration proposes oil and gas drilling reform but stops short of ban
France pledges to ‘fight every day’ to uphold fishing rights amid row with UK