Ali Harbi Ali’s father, Harbi Ali Kullane, declined to comment when asked by Sky News about his son, a 25-year-old British national, in an exchange of written messages on Saturday other than to say that he was “traumatised”

A Sky News correspondent who knocked at an address in London where he is believed to be staying received no reply on Sunday morning. 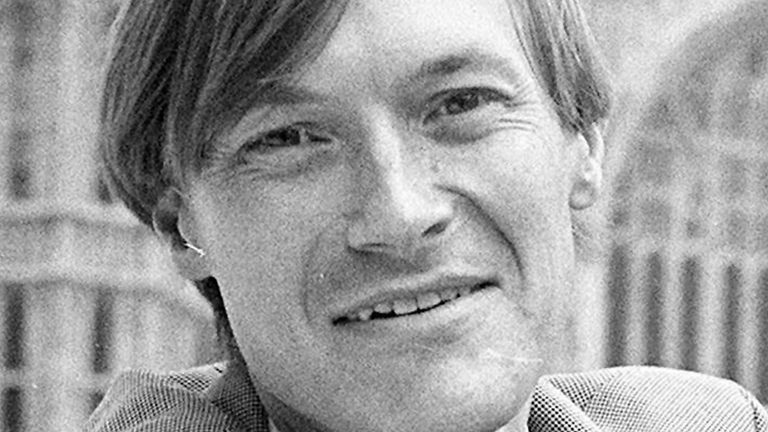 However, two police officers then arrived at the property and were let inside.

The father was quoted in The Sunday Times as confirming that his son was in custody and saying: “I’m not OK. I’m traumatised… This is nothing to do with my work for the Somali government.”

Mr Kullane previously worked as director of communications at the office of the prime minister in Somalia.

But he is thought to have been living in the UK for the past three years.

He has an active profile on social media, with his Twitter feed showing a keen interest in the UK, including posts on Liverpool Football Club, the Grenfell Tower tragedy and Brexit.

The father also posted messages of sympathy in June 2016 following the murder of Labour MP, Jo Cox, writing: “#RIPJoCox devastated by the loss of a voice of the unrepresentative, my sympathies with her two children and family.” 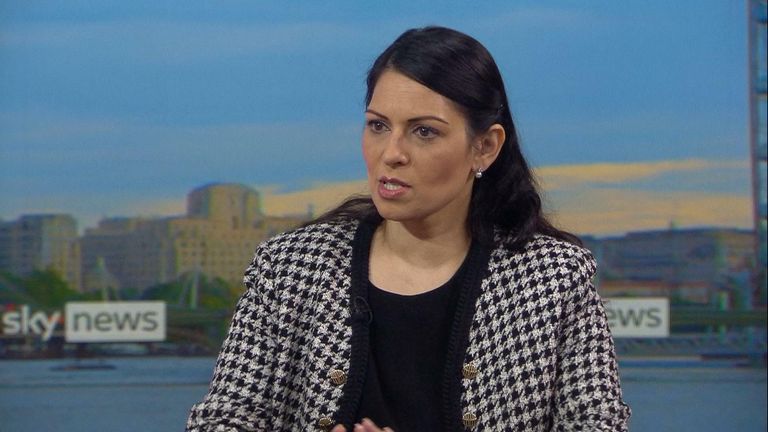 Priti Patel: ‘We need to close any security gaps’

He appeared to have good relations with the British embassy in Somalia.

A number of his tweets included photographs with British diplomats in Mogadishu.

Ali Harbi Ali was arrested on Friday at the scene of the attack at a Methodist church in Leigh-on-Sea, Essex, where Sir David, MP for Southend West, had been holding his weekly constituency surgery.

He was previously referred to the government’s Prevent scheme, which is a programme to stop radicalisation, a Whitehall source said.

However, he is not thought to have been on the radar of the security service, MI5. 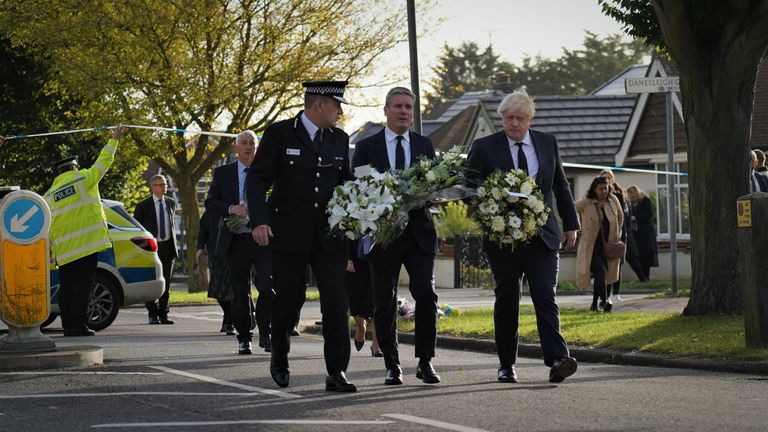 He was initially arrested on suspicion on murder and has since been detained under terrorism legislation.

Scotland Yard said the suspect who has not been officially named, has been transferred from a police station in Essex to one in London for further questioning.

Detectives have been granted a warrant to further detain him until next Friday.

Investigators have said they are not seeking anyone else in connection with Sir David’s death, which has sparked a debate about MPs’ safety and if more should be done to protect them.

Home Secretary Priti Patel has told Sky News that MPs could be given police protection while they carry out constituency surgeries.

Speaking to Trevor Phillips on Sunday, the cabinet minister also did not did not rule out banning anonymity on social media in a bid to tackle “relentless” online abuse.

A statement of condolence signed by many Somali organisations and community leaders have said they were “shocked and saddened by the senseless violence perpetrated upon an innocent MP”.

The Duke and Duchess of Cambridge were among those to express “shock and sadness” following Sir David’s death.

Prime Minister Boris Johnson and Labour leader Sir Keir Starmer attended the scene of the killing together on Saturday to pay their respects.

The father of five had been an MP for 38 years, and while he never held a ministerial role, he was known as a tireless constituency campaigner, including his long-standing bid to have Southend designated a city.

Sky News understands that Labour, the Liberal Democrats and the Green Party will not stand candidates to contest the Southend West by-election.

It follows the precedent set after the murder of Mrs Cox in 2016, when Labour’s Tracy Brabin was the only mainstream candidate.

At least six dead – including four children – after ferry capsizes off coast of Sri Lanka
Singer Jessie J heartbroken over miscarriage after deciding ‘to have a baby on my own’
Germans will be ‘vaccinated, recovered or dead’ by end of winter, health minister says
New homes in England must have electric vehicle charging points, government says
NIU launches its fastest electric scooter ever, plus new hybrid gas/electric scooter and more