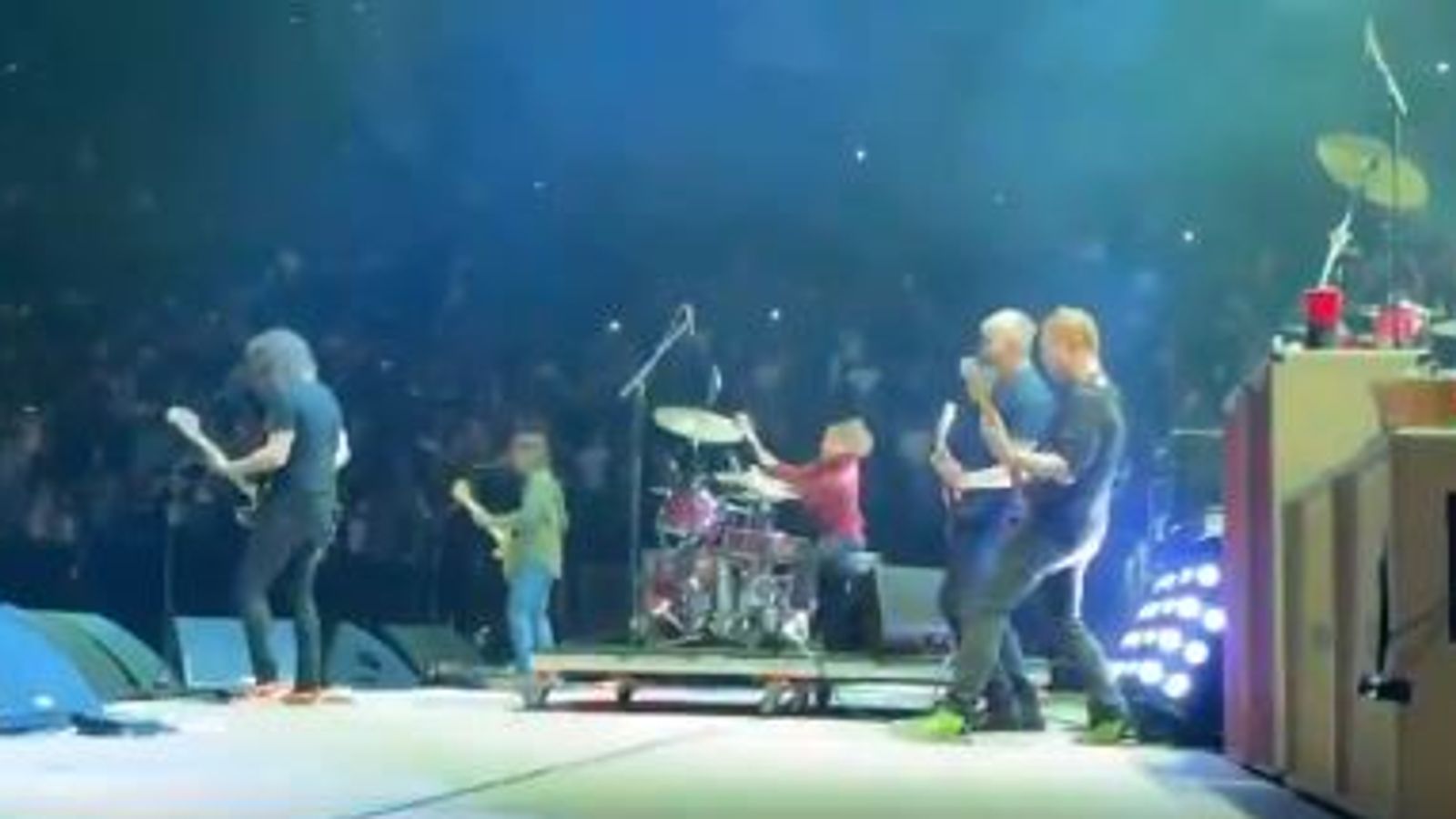 An 11-year-old drummer from Ipswich has performed live on stage with her musical hero Dave Grohl in a thrilling climax to a Foo Fighters concert in California.

Nandi Bushell described her experience as “epic” when she played on the band’s 1997 hit Everlong at The Forum in Inglewood.

Following the realisation of her dream, Nandi posted a video of her performance on Twitter, adding: “It happened!!! It was #EPIC!!! Thank you so much @foofighters!!! I had the best night ever jamming with you at @The Forum!”

She said her dad, John Bushell, could be heard screaming with delight throughout the video from his position at the side of the stage as she became the focus for thousands of fans.

At the end, frontman and guitarist Grohl led Nandi to the front of the stage where she received a standing ovation from the crowd before the rest of the band joined her.

She thanked the band on social media, including Foo Fighters drummer Taylor Hawkins.

Her dream was realised after she had initially challenged Grohl to an online “drum-off” from her home in Suffolk during the height of the COVID pandemic – which even led to the former Nirvana drummer writing a song inspired by Nandi.

In their first conversation via a Zoom call, Grohl said “I feel like I’m meeting a Beatle” before the 52-year-old star invited her to one day play on stage with his band.

When Grohl had first asked Nandi to perform together, he told her she would have to appear at the end of the set “because you’re going to steal the show”.

Nandi became an internet sensation when she posted videos of herself drumming to a range of songs from different artists.

Her appearance in the US comes after a rollercoaster couple of years for the drumming phenomenon after she jammed with Lenny Kravitz before a concert by the American singer-songwriter at the O2 Arena in London.

She was just nine when she played with Kravitz in 2019 after the star had contacted her family after spotting her drumming videos online – and the experience led to Nandi meeting other famous musicians.

Nandi started learning the drums at the age of five after being influenced by videos of Beatles drummer Ringo Starr performing on hits such as Hey Jude.

A hell on earth: The wounded defenders of Azovstal pictured in their makeshift underground field hospital
‘Credible evidence’ of sexual violence against Ukraine’s children – and attacks on schools mounting
Saudi oil giant’s profits rocket by 80% fuelled by Ukraine invasion
Three men arrested on suspicion of abduction after missing girl found
Tax cuts could be announced before end of July, Sky News understands