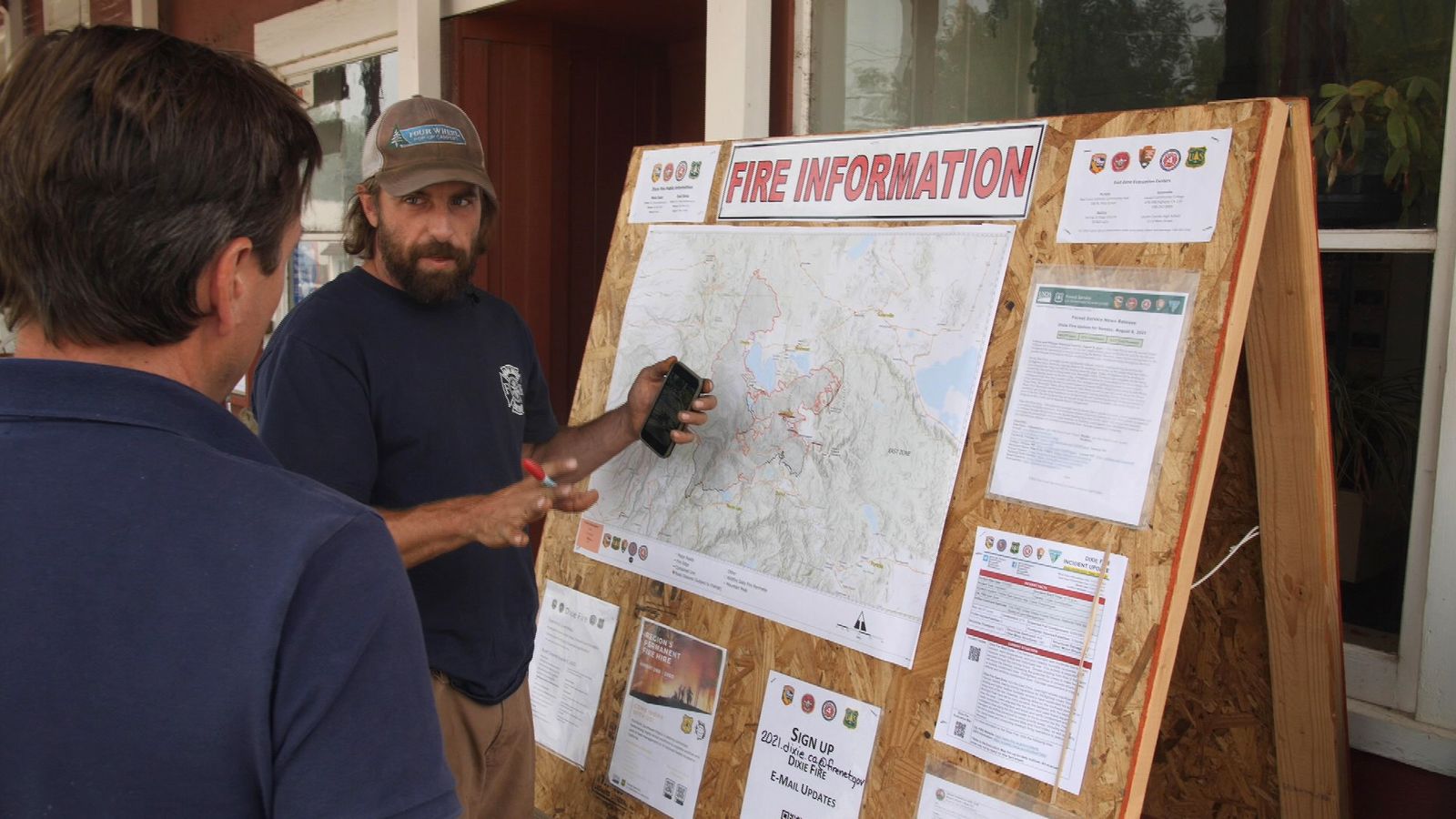 Late into the night on the Diamond Mountain Road, north of Taylorsville, California, firefighters battled against the advancing flames.

They are on just one of so many frontlines created by this vast blaze. They fight it in the air and on the ground.

Through the afternoon we’d watched as relays of helicopters went back and forth, dousing the flames with their loads of water. 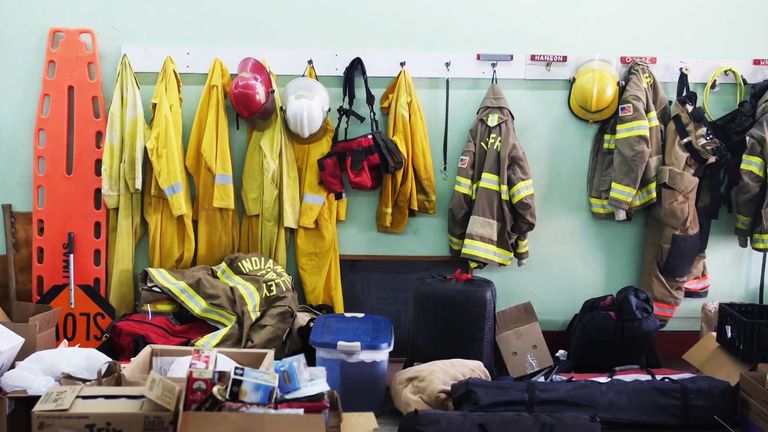 Up the valley beyond the blaze is Greenville which was destroyed last week. The fear here is that Taylorsville, just down the Diamond Mountain Road, is next.

Outside the town’s local store, we met Dan Kearns. He looks exhausted and it’s no surprise. He is a volunteer firefighter. This place is his home.

We got talking. In a small town like this everyone knows everyone and I got the sense that Dan is bit of a community leader.

Our chat, about the fire’s advance and those more complicated issues of cause and blame, was interrupted a few times as he coordinated the distribution of food to those who have not evacuated and feed for the animals. This is a farming ranch community.

Dan’s first request before he’d agreed to chat is that we didn’t make this about him.

His second request was that we listen to his perspective and not “follow the media agenda…”.

We’d just had an encounter with two other local men who’d refused to talk to us on camera.

They felt they’d been misrepresented by other reporters who’d fleeted in and out, somehow portraying them as irresponsible for staying to protect their land.

But the thing that really frustrates Dan and others here is the narrative that this is all just about climate change. 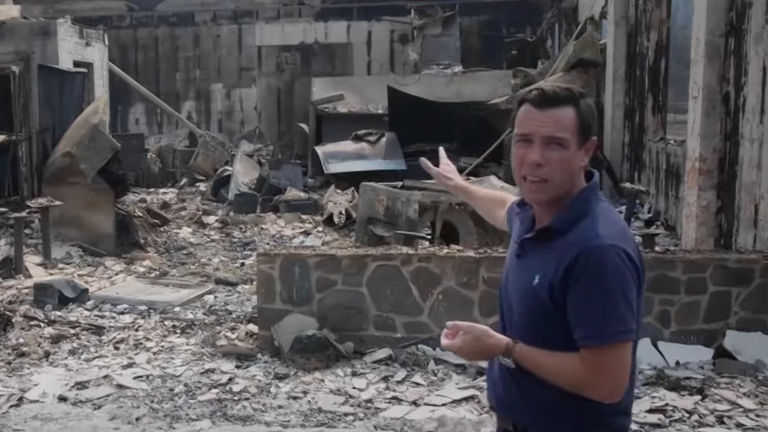 Dan doesn’t deny the human impact on our changing climate.

“I absolutely believe that these things that we’re doing are not helping. They’re not good, right? All the carbon emissions from fuel consumption doesn’t help – it’s not good. All the trash floating around in the oceans? Not good at all. Then all the things that we do that are negatively affecting the environment? Not good. Really sad. Really tragic.”

But he argues that a symbiotic relationship with the land around us is key – respecting the land.

He says: “We need to have our forests in the state it was when the Mitu (the local tribe) were here.

“The solution is rethinking our system and incorporating tried and true methods and tactics that used to be employed. We have proof that they work.

“If climate change really is the culprit, then we really are helpless! There really is nothing to do except hold on to a sinking ship. And that’s why I think that is part of a narrative. That narrative is being pushed because when we have something like climate change to blame, we’re not seeking out solutions to climate change.”

That is the big debate; the clash of ideas, the threats to ways of life. But there is an immediate challenge on the hill and it’s closing in.

Curry: Called Silver in wake of Sarver punishment
George Conway reacts to Trump’s comments on potential indictment
Mahsa Amini was ‘tortured and insulted’ by police before death in Iran
Bitcoin surges 7% to top $20,000, its highest level in more than a week, even as stocks hit 2022 lows
Mini-budget U-turn ruled out despite Bank of England’s emergency action