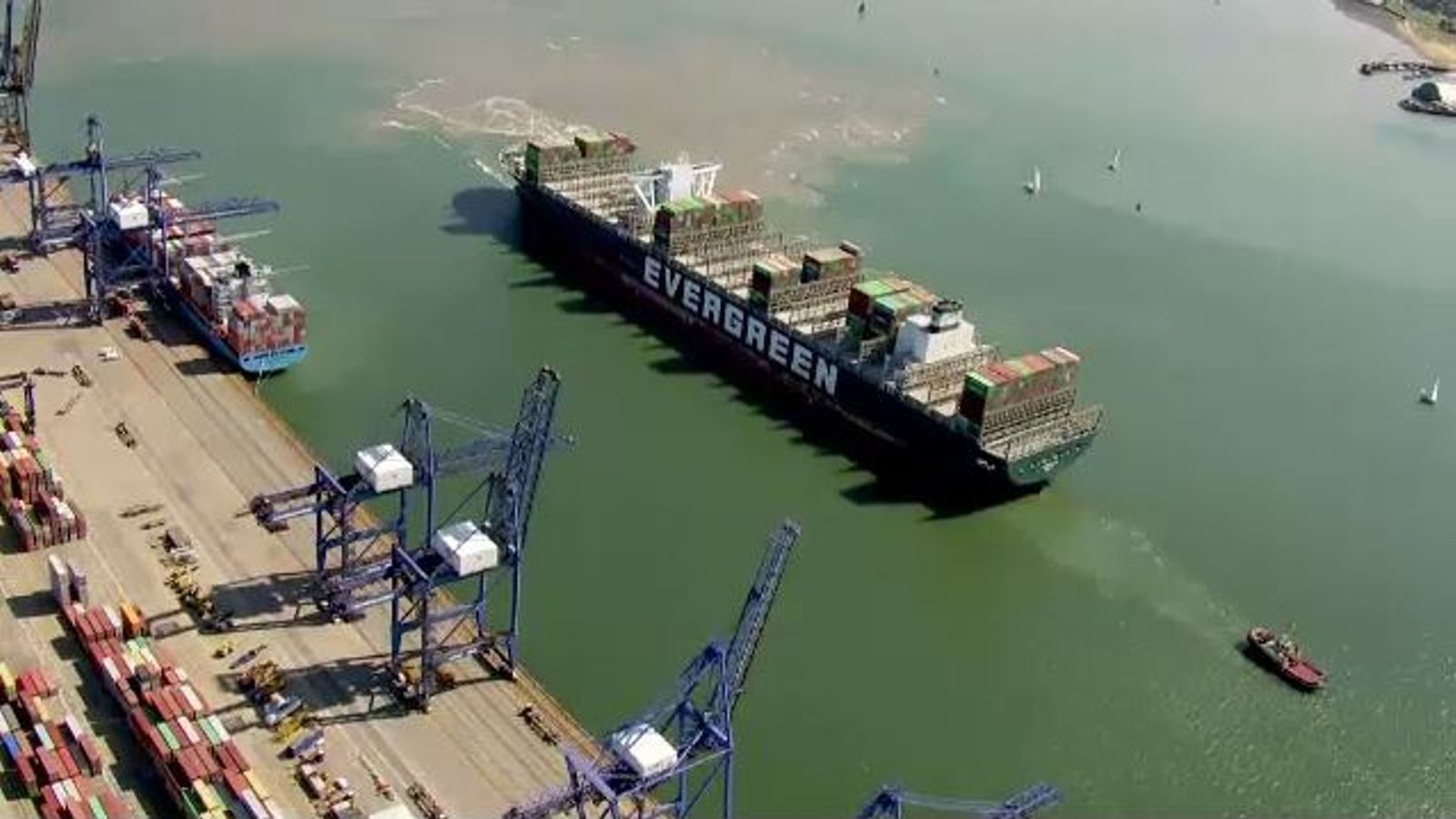 A UK businessman with precious stock on the container ship Ever Given has spoken of his relief that the ship has finally arrived in the UK, four months later than scheduled.

The vessel, one of the largest of its kind in the world, docked at Felixstowe to offload cargo following one of the most extraordinary maritime events of modern times that saw it get stuck in the Suez Canal for six days in March.

The Ever Given ran aground in high winds and blocked the canal on 23 March – halting roughly 15% of global trade in the process – before being held by Egyptian authorities over a compensation disagreement until 7 July. 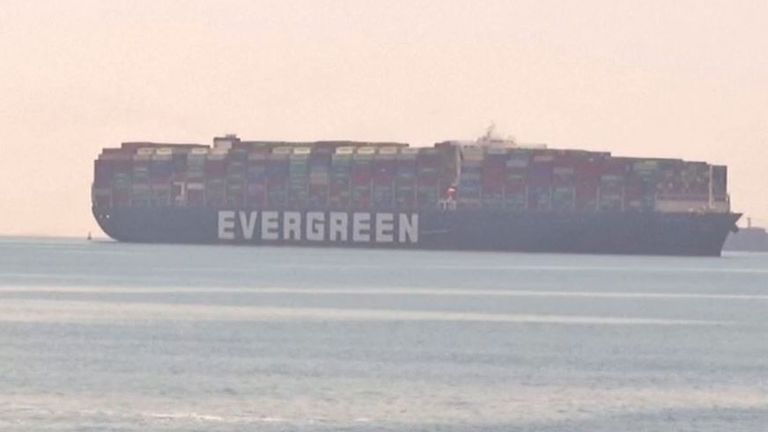 It was complicated by the fact that the reopening of economies during the COVID-19 pandemic had forced up global shipping costs though an undisclosed settlement was eventually reached.

The Suez Canal Authority had been demanding almost £400m.

The Ever Given had 18,300 containers aboard at the time she was stranded.

Among the scores of importers desperate to get their hands on their goods were carmakers and other international operations, such as Ikea.

Jack Griffiths, founder of loungewear firm Snuggy, had expected the largest hooded-blanket order the company had ever made to have been ready for sale in mid-April at the latest.

The Teesside-based businessman had two containers of stock, worth more than £400,000, stuck on the 400-metre (1,312-foot) vessel and had to fly replacements over to the UK, at a much greater cost, to meet his orders.

He told Sky News of the moment he found out about the grounding: “I got a text off my supplier saying there’s a delay… and he sent me picture of the ship stuck in the Suez Canal. I thought this could be quite bad.

“Before all this happened I was pretty clueless with the shipping process… you pick it up from the warehouse and that’s it. We might have to adapt here.

“We’ve had a good first year and were on track to do more than double… helped by the pandemic and struggling to keep up with demand so it came at a bad time.

“We’ve kept on top of it but managed not to let any of our customers down,” he said.

“As soon as this stock lands we can advertise as we intended… all hands on deck and then we can open the Champagne”, he concluded.