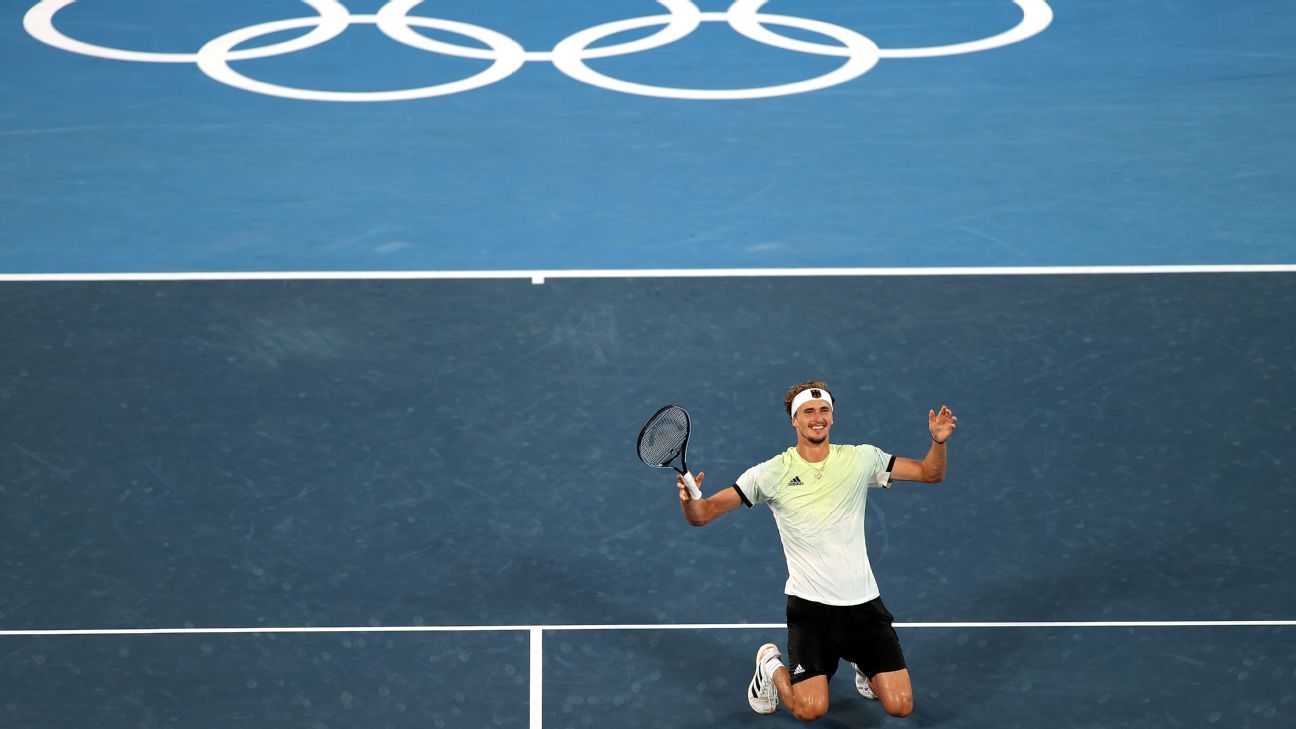 TOKYO — Alexander Zverev followed up his comeback win over Novak Djokovic by winning the gold medal in men’s tennis at the Tokyo Olympics.

The fifth-ranked German overwhelmed Russian opponent Karan Khachanov 6-3, 6-1 at the Tokyo Games on Sunday for the biggest title of his career.

The 6-foot-6 (1.98-meter) Zverev controlled the match with his big serve and a confident two-handed backhand, never really giving the 25th-ranked Khachanov a chance.

Zverev’s previous best performance was reaching the final of last year’s U.S. Open, where he wasted a two-set lead in a five-set loss to Dominic Thiem.

IOC president Thomas Bach watched his fellow German win the title as a group of about 10 anti-Olympic protesters across the street from the Ariake Tennis Park made themselves heard inside Center Court. Play was not interrupted.

Police search around-the-clock for suspect in brutal kidnapping
Putin’s threat over Western arms supplies
‘Evil’ Met Police officer who was unmasked as serial rapist jailed for at least 30 years
What we know about Nicola Bulley’s disappearance
NHS Crisis: 27 hours for a bed