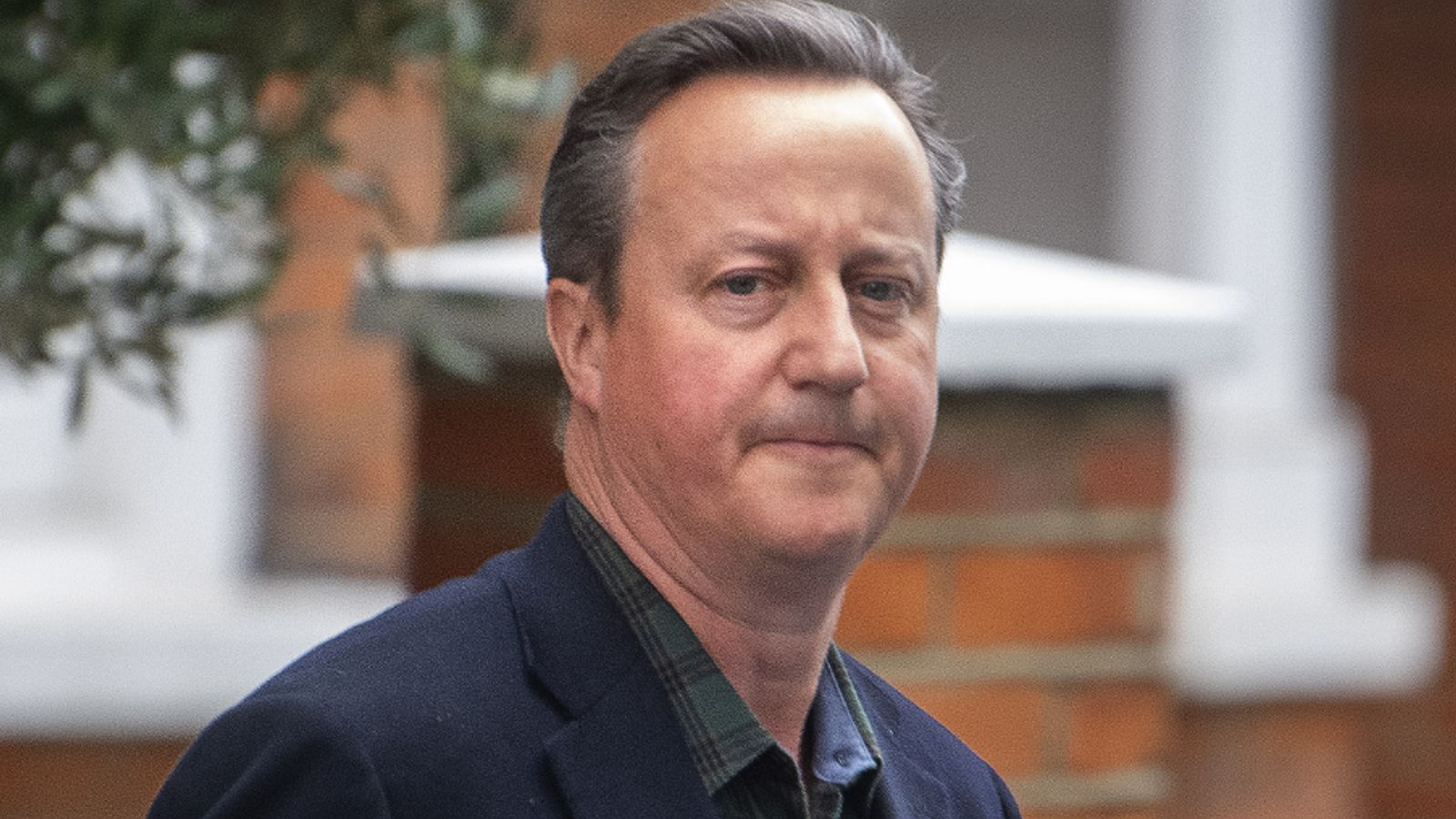 The Commons Treasury committee, which looked into David Cameron’s involvement in trying to secure finance firm Greensill Capital access to a government coronavirus support scheme, said the rules should be tightened to prevent any more scandals from occurring.

Mr Cameron sent many calls, texts and emails to ministers in an attempt to gain financial assistance for the bank which has since collapsed.

His actions were deemed lawful under the current rules regarding lobbying which the committee said has created the “strong case” for them to be hardened.

MPs on the committee added that the Treasury was right to reject Greensill’s offer, but were critical of the department’s failure to encourage Mr Cameron to “more formal methods of communication”.

They add that his use of calls and texts “showed a significant lack of judgement on his part, especially as his ability to use an informal approach was aided by his previous position of prime minister”.

“We accept that Mr Cameron did not break the rules governing lobbying by former ministers, but that reflects on the insufficient strength of the rules, and there is a strong case for strengthening them,” said their Lessons from Greensill Capital report published on Tuesday.

MPs also called on the Treasury to reflect on the “number of lessons” that have arisen from the incident.

Formal processes to deal with lobbying attempt by ex-prime ministers or minister should be put in place and published in the future, they add.

“We are very surprised about this, given that Mr Cameron was an ex-prime minister, who had worked with those he was lobbying, had access to their mobile phone numbers, and appears to have been able to negotiate who should attend meetings,” the committee’s report said.

“The Treasury’s unwillingness to accept that it could have made any better choices at all in how it engaged in this case is a missed opportunity for reflection.”

Conservative Chairman of the Treasury Select Committee Mel Stride said: “Our report sets out important lessons for the Treasury and our financial system resulting from both Greensill Capital’s collapse and David Cameron’s lobbying.

“The Treasury should have encouraged David Cameron into more formal lines of communication as soon as it had identified his personal financial incentives.

“However, the Treasury took the right decision to reject the objectives of his lobbying, and the committee found that Treasury ministers and officials behaved with complete and absolute integrity.

“We look forward to the conclusions of the other inquiries on the collapse of Greensill Capital, and will continue to follow developments closely.”

In a statement, Mr Cameron said he “always acted in good faith” but that he accepts communications should be done “through only the most formal of channels”.

‘While I am pleased that the report confirms I broke no rules, I very much take on board its wider points,” he said.

“I always acted in good faith, and had no idea until the end of last year that Greensill Capital was in danger of failure.

“However, I have been clear all along that there are lessons to be learnt. As I said to the committee, I accept that communications of this nature should be done in future through only the most formal of channels.

“I agree that the guidance on how former ministers engage with government could be updated and was pleased to provide some suggestions on this to the committee.”