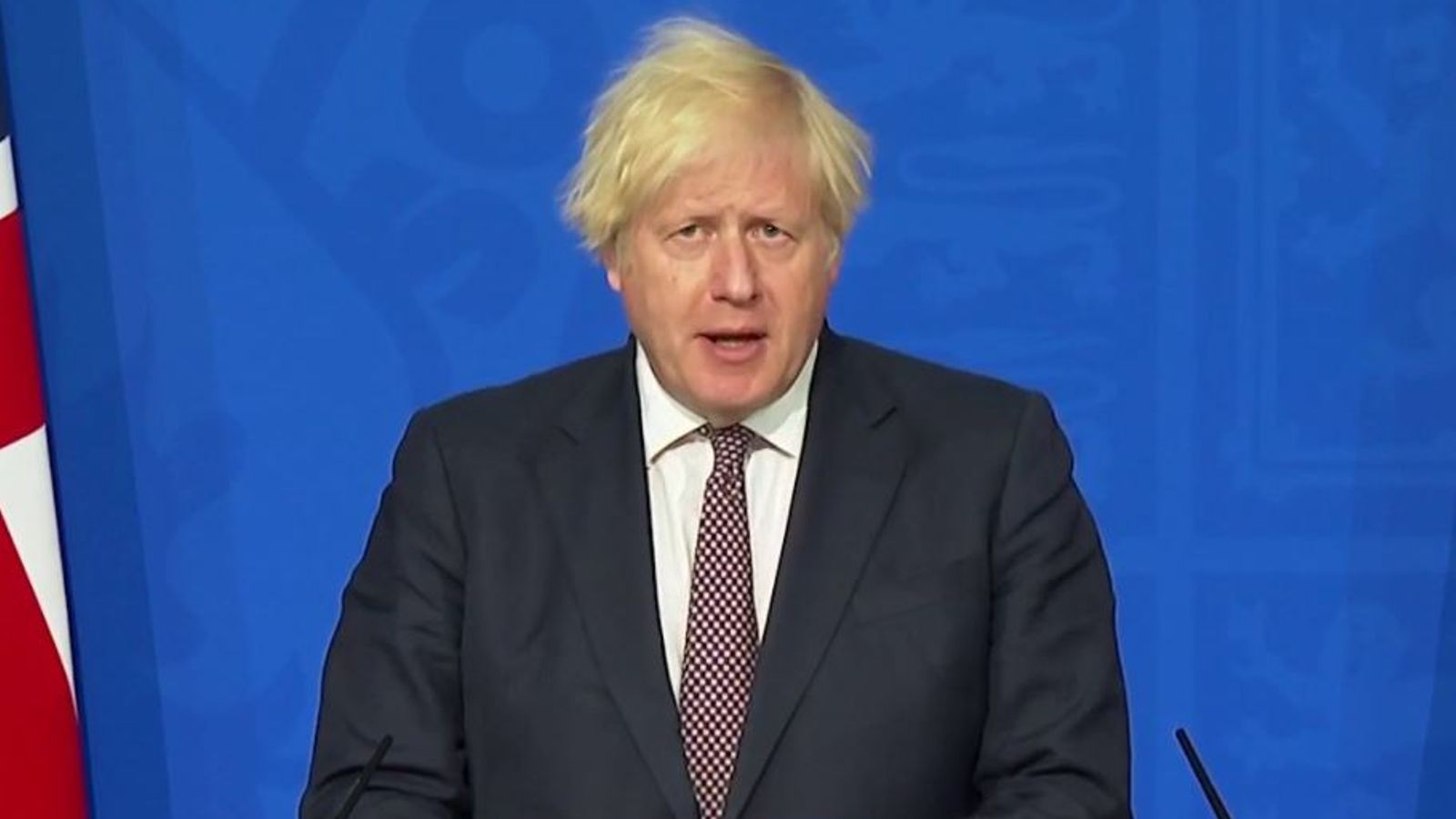 Prime Minister Boris Johnson has said “caution is absolutely vital” as he prepares to address the nation on Monday to announce whether the final stage of releasing coronavirus restrictions can go ahead.

The prime minister is expected to confirm that England can move to step four of the government’s roadmap out of lockdown, but to also warn “the global pandemic is not over yet” and that cases of the virus will rise as rules are relaxed.

Mr Johnson will host a news briefing on Monday afternoon to inform the public of whether the easing of restrictions will go ahead as planned on 19 July.

And newly appointed Health Secretary Sajid Javid will announce the plans in parliament.

Ahead of the announcement, the prime minister said: “We are tantalisingly close to the final milestone in our road map out of lockdown, but the plan to restore our freedoms must come with a warning.

“While the phenomenal vaccine rollout has offered every adult some protection against the virus, and the crucial link between cases, hospitalisations and deaths is weakened, the global pandemic is not over yet.

“Cases will rise as we unlock, so as we confirm our plans today, our message will be clear.

“Caution is absolutely vital, and we must all take responsibility so we don’t undo our progress, ensuring we continue to protect our NHS.”

The government has said whether or not the unlocking takes place would depend on four key tests: The success of the vaccination rollout; a reduction in hospitalisations and deaths as a result of the vaccine; that infection rates do not risk a surge in hospital admissions; and that no new variants of concern hamper progress that has been made.

Last month, Mr Johnson announced a delay to the final step of the government’s final stage of lockdown easing to ensure all adults had been offered a vaccine and that more individuals had received two doses.

Earlier this month, the prime minister confirmed almost all restrictions would be lifted at step four – including social distancing, the mandatory requirement to wear a mask in certain places and the work from home guidance.

However, Mr Johnson has faced backlash over his decision to remove the mask wearing rule for public transport as cases continue to surge, with both Labour, some doctors and unions criticising the move.

And on Sunday, vaccines minister Nadhim Zahawi told Sky News the government will issue guidance stating that people will still be “expected to wear masks in indoor, enclosed places” after the final step of releasing lockdown restrictions.

Mr Zahawi said he was “confident” that the prime minister would be able to announce on Monday that COVID restrictions will be lifted on 19 July as planned, but that Mr Johnson will inform the public they should continue to wear face coverings in crowded places – despite the legal requirement to do so ending.

Wales has already deviated from the UK Government’s position on mask wearing, announcing that face masks will remain mandatory there in some public places until COVID-19 is no longer a public health threat.

Masks must still be worn in taxis, on trains and buses, as well as health and social care settings when coronavirus restrictions are eased, the Welsh government said.