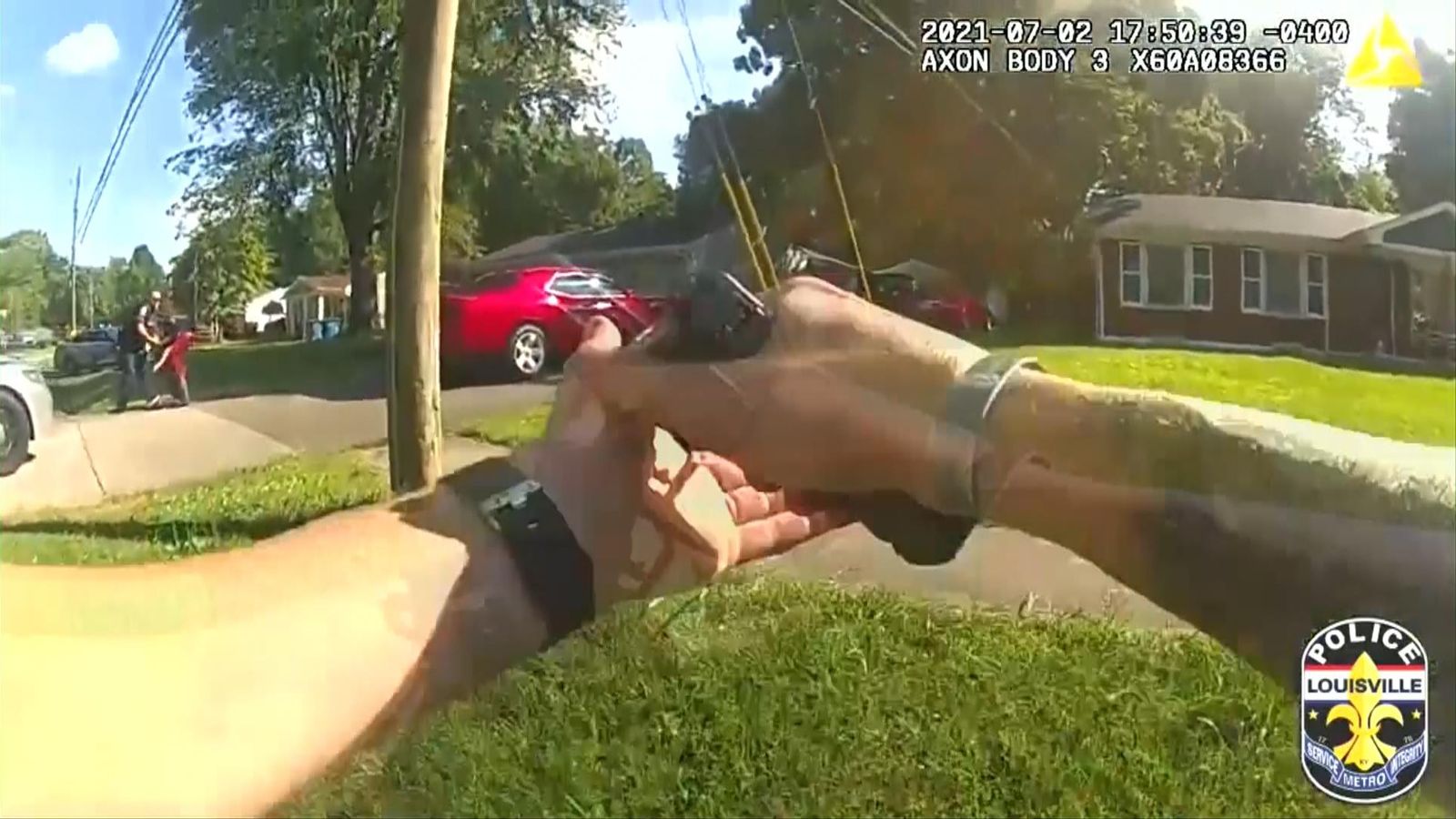 Police bodycam footage shows officers rescuing a six-year-old girl after she was kidnapped from outside her home in Kentucky.

The victim was riding her bicycle in Louisville on 2 July when she was snatched by a stranger in a car, witnesses told the Louisville Metro Police Department.

Neighbour Prentiss Weatherford told WHAS-TV that he saw a car pull up in the middle of the street and grab the little girl “by the collar” before driving off with her.

He claims to have chased the car and noted down a description and partial number plate, which he gave to police.

They were then able to locate the vehicle and apprehend the suspect in 30 minutes.

An officer’s bodycam footage shows him pull up at a house and shout “open the passenger door” and “put your hands in the air” at the suspect, who was later identified as 40-year-old Robby Wildt.

The officer opens the car door to find the young girl inside crying “I want my daddy”.

Mr Wildt is then seen kneeling on the ground with his hands above his head.

He has since been charged with kidnapping a minor, to which he has pleaded not guilty.

Lousville Metro Police Sergeant Joe Keeling said it is “extremely rare for us to see a stranger kidnapping”.

“She’s a six-year-old girl that obviously couldn’t help herself. She was absolutely terrified. I hate the fact she went through this,” he told local media.

“I hate the fact this is probably something that’s going to affect her the rest of her life.

“But we were able to get there, get in the area, find her, rescue her from her captor, and we were able to prevent anything worse than what had already happened from happening to her.”

Rishi Sunak declares ‘golden era’ between UK and China over as he calls for new approach
Prosecutor explains what happens if Trump is indicted
‘Racism has no place’: Prince William’s office condemns his godmother for comments to black palace visitor
Hear what the Walmart shooter told this survivor
Woman abducted as a baby reunited with family 51 years later