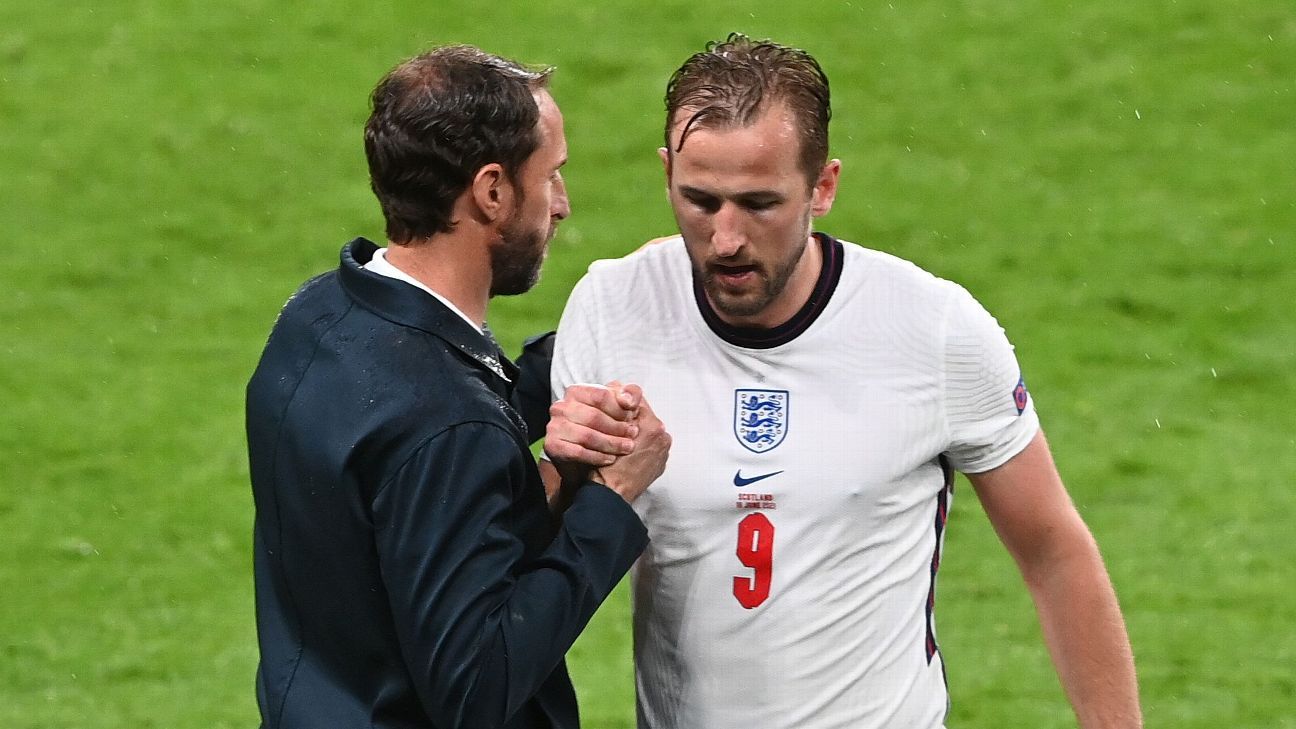 LONDON — England reached the 2018 World Cup semifinals by scoring just three goals from open play. Gareth Southgate and his coaching staff offset this issue by developing a sustained and inventive threat from set pieces, chiefly through mastering the adaptation to VAR quicker than most other countries.

The rich array of attacking talent England have developed in the intervening three years demanded much more of them at Euro 2020, but Friday’s 0-0 draw at Wembley highlights just how much work there is still to do.

Scotland were well organised, disciplined and carried a tangible threat when the opportunities arose, cheered on by 2,500 members of the Tartan Army whose noise far exceeded their number. None of that will have been a surprise to Southgate, mindful of the history of the world’s oldest international fixture — this is the 115th instalment dating back 149 years (the first also ended 0-0) — and wary of the gulf in expectations possibly creating a misguided sense of entitlement.

Perhaps it spoke to the conservative streak within him. There was certainly a measure of caution in England’s passing, lacking risk or penetration, particularly in central midfield where they continue to miss a playmaker able to inject the requisite tempo to unsettle a team as defensively resilient as the Scots were here.

Southgate is acutely aware of the idiosyncrasies of tournament football and England undeniably remain on track for their first target: qualifying for the knockout rounds from Group D.

“We didn’t do enough to win the game or create enough clear-cut chances,” he said. “I thought they defended extremely well. We couldn’t find the solutions. We had moments down the sides, which is where the spaces were against them, but we weren’t able to exploit the spaces.

“In the end, not enough to win but this is a tournament and it is critical when you can’t win, not to lose. That of course feels difficult in the last 15 minutes of a game like tonight where fans are desperate for you to go forward and abandon all shape because it is Scotland, it feels like a unique occasion. But we have to still approach it in the context that a point is an important step towards qualification and that is the first objective for us.”

Yet if they are to justify the pre-tournament hype that this young side could genuinely rival Europe’s heavyweights and launch a prolonged run into the latter stages, they need to offer more going forward than this.

Harry Kane encapsulates the problem at present. Kane won the Golden Boot in Russia three years ago, but he made the absolute maximum of the limited service he received, including a fortuitous goal against Panama when the ball flew in off his heel while he ran in the opposite direction.

Only five teams created fewer chances from open play at the last World Cup. No team had more shots on target from set pieces — an average of six per 90 minutes.

Among Southgate’s principal aims was to increase England’s potency in normal play yet here they mustered one shot on target all evening. Kane’s 19 touches are the fewest he has ever had in an England game when playing more than 45 minutes.

England’s captain looks some way off his best yet it is rare sight indeed to witness the 27-year-old taken off when his team — Tottenham Hotspur or England — need a goal, but Southgate did just that with 16 minutes remaining. It was a logical decision, as was introducing Marcus Rashford in some capacity and, of course, he is fully capable playing through the middle. But the Manchester United forward did not start any qualifying games there and is, generally speaking, more convincing off the left flank. Dominic Calvert-Lewin seemed more obviously suited to the physical battle Scotland made this but he remained an unused substitute. Southgate must get these calls right when the stakes increase as the tournament progresses.

Typically, he sought to generalise when the focus shifted to Kane’s two underwhelming individual displays so far this summer.

“We have got to look at the whole performance, our use of the ball and review where we could be better,” he said. “That is right across the board. It is not about one person. Scotland marked him extremely well. With the back five there isn’t a lot of space. Anything that is played up, they’re aggressive and defended well. We couldn’t find the answers.”

This was structurally a similar performance to the one that managed to see off Croatia, but caution in their approach was more understandable in those circumstances. England were always going to have more of the ball here yet it followed almost the exact same pattern as the previous Sunday: start well, hit the post early, then gradually lose their way as the opposition settles into a rhythm.

Early in the second half against Croatia, the England fans began calling for Jack Grealish. It was a sentiment rendered redundant minutes later as Raheem Sterling broke the deadlock, but it should not be forgotten that goal came during a spell in which England looked most vulnerable.

The goal did not come this time. Grealish’s involvement was demanded once more and this time Southgate yielded, taking off Phil Foden, who is yet to set this tournament alight in the manner many hoped.

Grealish briefly threatened to breathe life into England but the collective malaise soon engulfed him too. Southgate opted not to change the team’s 4-3-3 shape, yet the patterns of play still looked disjointed.

England worked the ball into crossing positions for the full-backs — Reece James and Luke Shaw were the two changes to the starting lineup due to “their technical ability with the ball,” according to Southgate — only for those players to often turn down the chance to cross. Players ran down cul-de-sacs or played straight passes that were easy for Scotland’s tireless back five to deal with.

“The timing of our movement, our rotation patterns could have been better,” admitted Southgate. “We didn’t hit the level we wanted to or need to. Tonight we have to accept whatever comes our way. What I would say is I totally understand anything that comes my way as the manager. What we need to do is make sure we get behind the players. There are a lot of young players who need the support of everybody.”

The clamour to include some fresh faces will grow after this. Jadon Sancho, for example, did not even make the 23, nor did Bukayo Saka. These were always likely to be decisions that would go a long way in determining England’s tournament hopes. Southgate has plenty of thinking to do.