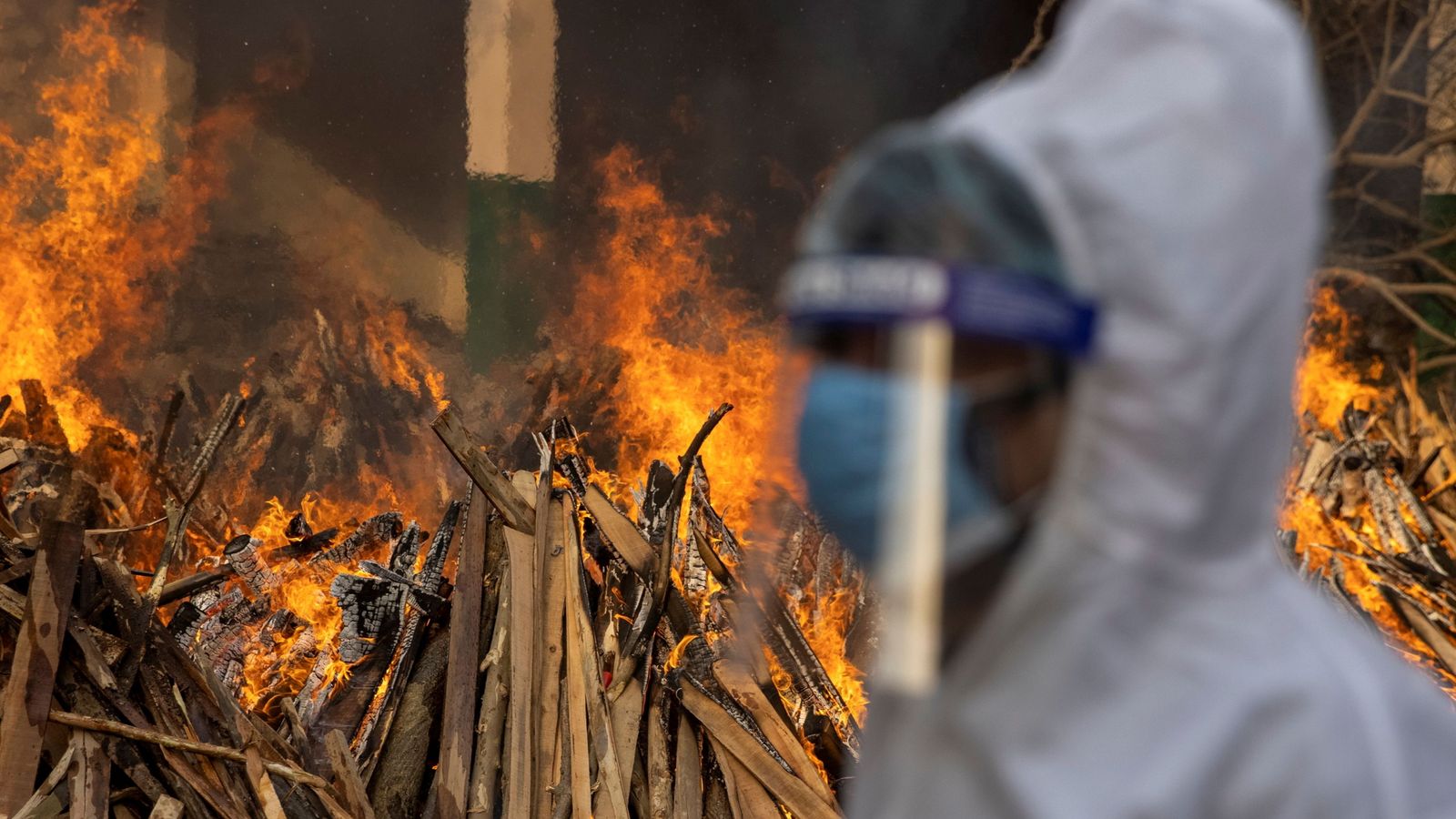 India has recorded the world’s highest number of coronavirus-related deaths in a single day.

It announced a further 6,148 fatalities on Thursday – after the state of Bihar discovered 3,929 unreported deaths.

Bihar, one of India’s poorest states, revised its death toll after being directed to by Patna High Court.

Live COVID updates from the UK and around the world 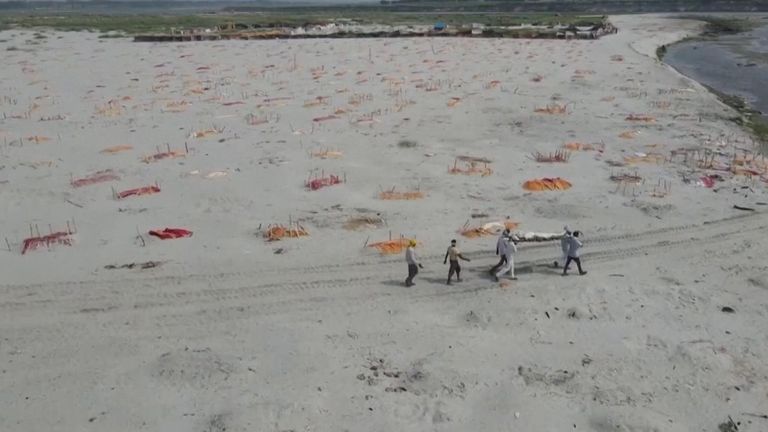 Mass COVID graves along the Ganges

The court has been hearing a petition alleging that the number of deaths in the state has been under-reported and inconsistent during the country’s second wave of COVID-19.

“All facts must be verified from all sources,” the court’s chief justice said.

Mangal Panday, Bihar’s health minister, said: “We are open to revising the figures if people come forward with genuine papers. Our real intention is to help and not to hide anything. We are not ruling out some names that are still missing.”

There have been allegations that India under-reported deaths in April and May when it was hit by a severe second wave of infections.

In April, Sky News investigated the under-reporting of deaths at various crematoriums in the national capital, Delhi, and in Ghaziabad in Uttar Pradesh.

Findings showed huge discrepancies in the actual numbers compared with those given by the authorities. 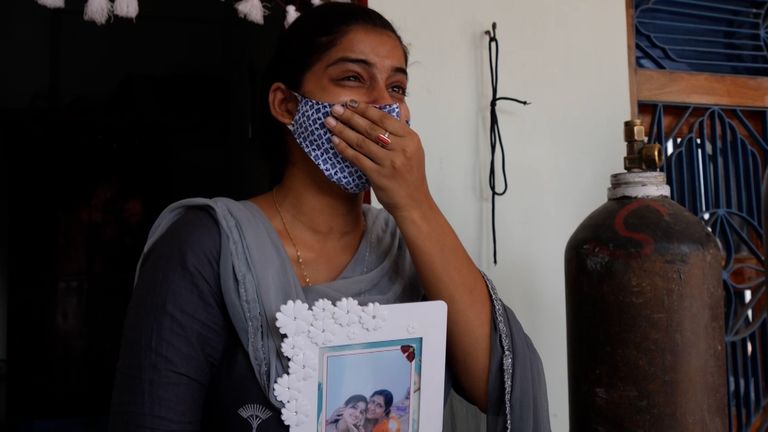 India’s COVID crisis: ‘I wish she was still with us’

One of the reasons is the large number of deaths that happened in people’s homes and not in hospitals, which were inundated beyond capacity.

Deaths outside medical facilities do not appear to have been tallied in government figures.

The Delta variant of COVID-19 – first discovered in India – has spread into rural areas. Many deaths have happened in villages and small towns where public health facilities are inadequate or virtually non-existent.

Sky News found hundreds of teachers in Uttar Pradesh died within a few days of being put on election duty.

While the teachers’ union has accounted for more than 1,600 deaths, the state government has acknowledged only three due to coronavirus.

There are also reports and videos of hundreds of unaccounted shallow graves along the banks of the river Ganges. 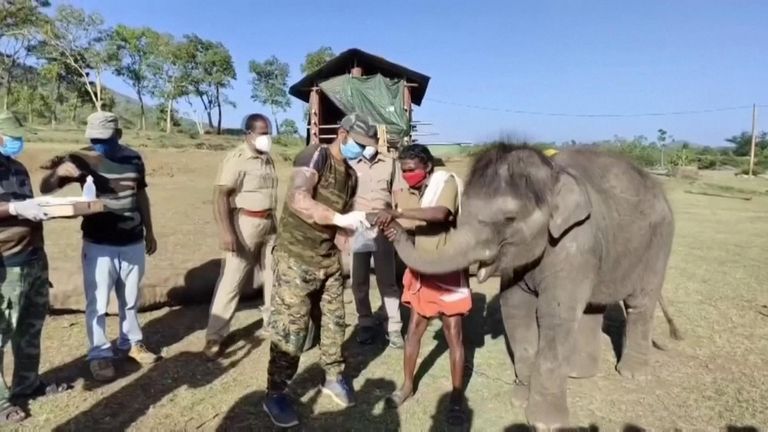 And you thought your COVID test was difficult?

Last month dozens of bodies were found floating along the river in Uttar Pradesh and Bihar, and again most were unaccounted for and unidentified.

India is the second worst-affected country after the United States, having recorded more than 29 million COVID cases, while more than 360,000 people have died.

The vaccination drive which began on 16 January has been slow and mired in controversy, with not enough doses being produced.

India has administered more than 235 million shots so far – less than 5% of the estimated adult population of 950 million has been fully vaccinated.

Those who have only been jabbed once amount to 14% of the population.

Principal scientific adviser K. VijayRaghavan has warned that a third wave of infections is “inevitable”.