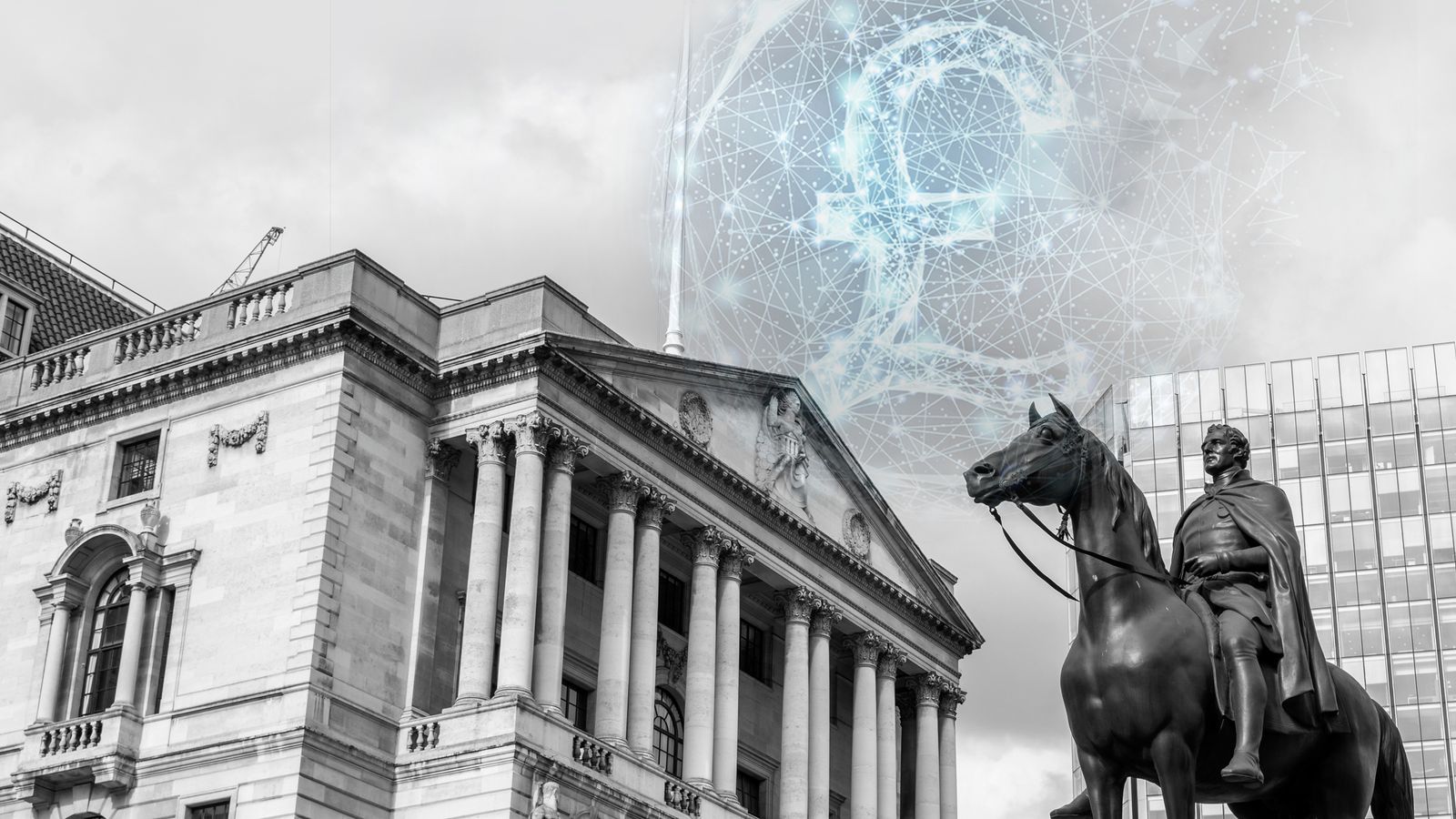 There was much excitement when, in April, the chancellor, Rishi Sunak, announced the launch of a new taskforce between the Treasury and the Bank of England to co-ordinate exploratory work on a potential central bank digital currency.

The currency was immediately nicknamed ‘Britcoin‘ although it is unlikely to take that name if or when it is eventually launched.

As part of the work, the Bank was asked to consult widely on the benefits, risks and practicalities of doing so.

That work is ongoing but, in the meantime, the Bank has published a discussion paper aiming to broaden the debate around new forms of digital money.

The issue is of huge importance to the Bank because its two main functions, as an institution, are to maintain both the monetary and financial stability in the UK. The rise of digital money has implications for both.

The Bank has already made clear that it is sceptical about cryptocurrencies, such as Bitcoin, which its governor, Andrew Bailey, has said “has no intrinsic value”.

Yet these currencies must be differentiated from a central bank digital currency.

More on Bank Of England

The concept of a central bank digital currency may be confusing to some but Sir Jon Cunliffe, the Bank’s deputy governor for financial stability, said it was actually quite straightforward.

He told Sky News: “At the Bank of England, we issue banknotes, the notes that everybody holds in their pocket, but we don’t issue any money in digital form.

“A central bank digital currency, a digital pound, would actually be a claim on the Bank of England, issued by us, directly to the public.

“At the moment we only issue digital money to banks, we don’t issue to the general public, so it will be a digital pound – and it will be similar to some of the proposals being developed in the private sector.”

Sir Jon, who is co-chairing the taskforce with the Treasury’s Katharine Braddick, said that, while a central bank digital currency and a cryptocurrency like Bitcoin might use the same technology, there were big differences.

He went on: “[Central bank digital currencies] use the same technology but…they aim to have a stable value. They’re called stable coins and some of the technology companies, the big tech platforms, are just thinking about developing digital coins of that sort.

“A central bank digital currency would be a digital coin, actually a digital note, issued by the Bank of England.”

Sir Jon said such currencies would have to the potential to bring down costs for businesses depending on how they were developed.

He added: “They do offer the potential to bring down cost. At the moment the average cost, I think, for a credit card transaction is about just over half a per cent, but of course if you’re a small tea room in Shoreham-on-Sea, you’re going to be paying more than that in some cases, well over 1% for that transaction.

“So it could be cheaper, it could be more convenient. These new forms of money offer the ability for them to be integrated more with other things through their software. So you can think of smart contracts, in which the money would be programmed to be released only when something happened. You could think, for example, of giving the children pocket money but programming the money so that it couldn’t be used for sweets.

“There’s a whole range of things that money could do – programmable money, as it’s called – which we can’t do with the current technology.

“We need to stay ahead of these issues because we’ve seen changes can happen really fast in the digital world – people didn’t think smartphones had much or a market when the iPhone was first introduced – and it’s important we keep abreast of those issues.”

He noted that, under one ‘illustrative scenario’ set out in the Bank’s discussion paper, the cost of credit could rise in the event of people withdrawing deposits from the banking sector and migrated to a form of digital money.

This is why the Bank is seeking, in this discussion paper, to establish the conditions under which people might prefer using new forms of digital money to existing forms, such as cash or ‘private money’ like bank deposits. But that is easier said than done.

Sir Jon added: “It’s very difficult to know what the demand for something like this will be. It could be quite small – people might just want to keep a small wallet of digital coins for use on the internet, or whatever, but it could be quite large.

“That’s one of the things we want to try and understand better and [that’s why] we want to get views on how it would operate.

“It’s important to say, given that it’s so difficult to estimate whether something like this would take off, that, if it were introduced, I think one would have to be quite careful at the beginning – you wouldn’t want to be in a position where something became very popular and had impacts that you hadn’t foreseen.”

To that end, the Bank’s discussion paper also considers the potential risks posed to economic stability by new forms of digital money.

The deputy governor went on: “It’s really fundamental that people can trust the money they use every day in the economy, that they don’t have to think about ‘I’m holding one form of money rather than another form of money, is this one more safe than another?’

“So the regulation is going to have to make sure – and the Financial Policy Committee of the Bank of England made this really clear – that if you issue these new forms of money, the users have to have the same level of confidence and security that they have in the money that circulates in this country at the moment, either Bank of England cash or commercial bank money in the form of bank accounts.

“It’s really crucial that people trust the money they use – we’ve seen from history that when confidence in money breaks down, for whatever reason, the social cost is enormous.”

All of which explains that, while most analysts assume the Bank will ultimately launch its own digital currency, it is taking its time to assess what the impact may be.

It is also clearly giving much thought to how it explains to households and businesses why such a move may be necessary.

What we know about Nicola Bulley’s disappearance
Britishvolt secures new life as Australian start-up is selected preferred bidder
How US shot down China’s ‘spy balloon’ with a single missile – and what was likely on it
Neo-Nazi and woman charged with conspiring to attack Maryland power grid
Nicola Bulley’s daughters asking ‘where is she?’ – as local vicar says community ‘in shock’