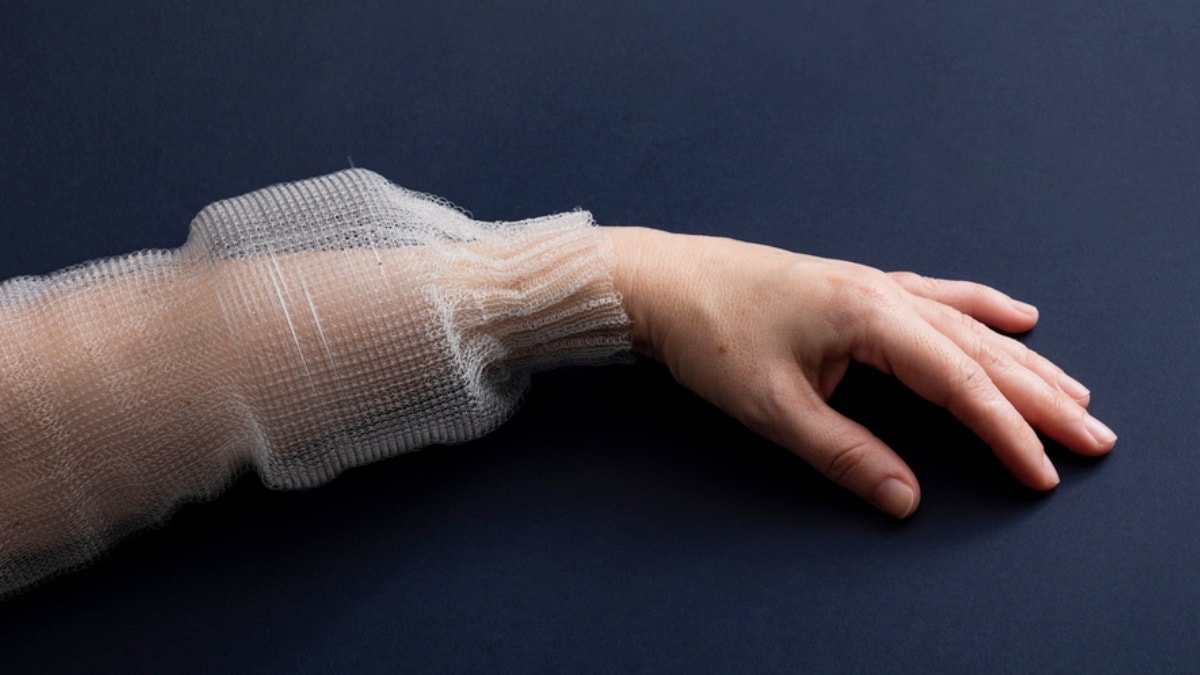 A team of researchers at the Massachusetts Institute of Technology (MIT) has invented a fibre with digital capabilities that can sense, store, analyse, and infer activities after it’s sewn into a shirt. Yoel Fink, professor and principal investigator at the Research Laboratory of Electronics and a senior author on the study, said that these fibres enhance possibilities of uncovering the context of hidden patterns in a human body. The data, then, can be used to monitor physical performance, medical inference, and also help in the detection of diseases at an early stage.

The researchers said that the new digital fibre can be sewn into fabrics and washed at least 10 times without breaking down. The fibre was created with the help of hundreds of square silicon microscale digital chips that were placed on a platform. It was then used to create polymer fibre, which is thin and flexible and can be passed through a needle.

Researchers said that the digital fibre can store a lot of memory as they were able to write, store, and read the information on it, including a 767Kb full-colour short movie file as well as a 0.48Mb music file. Such files can be stored for two months without power, they said.

A report in MIT News quoted Fink as saying, “This work presents the first realisation of a fabric with the ability to store and process data digitally.” Fink added that this was a “new information content dimension to textiles” and allowed “fabrics to be programmed literally.”

Gabriel Loke, a PhD student at MIT and a lead author on the study, said that when the fibre was put into a shirt, one can’t feel it at all. “You wouldn’t know if it was there,” Loke said.

Loke added that digital fibre opens up several areas of opportunities and solves some of the problems of functional fibres.

Since the digital fibre can store a lot of memory, among the “crazy ideas” that struck the researchers were using it for a wedding gown that would store digital music within the weave of its fabric.

Besides, the fibre, in its memory, also includes a neural network of 1,650 connections. Now, what does that do? To explain that, the researchers sewed the fibre around the armpit of a shirt and then collected 270 minutes of surface body temperature data from the person wearing the cloth. They then analysed how these data corresponded to the different physical activities. They found that the fibre was able to determine with 96 percent accuracy what activity the person wearing it was engaged in, they said.

And this analytic power, researchers say, may well one day reach a stage where it senses and alerts people in real-time to health changes like a respiratory decline or an irregular heartbeat. For now, the fibre is controlled externally by a device, but the next step, according to researchers, is to develop a microchip that can be connected within the fibre itself.

Interested in cryptocurrency? We discuss all things crypto with WazirX CEO Nischal Shetty and WeekendInvesting founder Alok Jain on Orbital, the Gadgets 360 podcast. Orbital is available on Apple Podcasts, Google Podcasts, Spotify, Amazon Music and wherever you get your podcasts.
This article was originally published by Ndtv.com. Read the original article here.

Quick Charge Podcast: February 4, 2023
Liz Truss rules out future PM bid but ‘doesn’t regret’ her short time in No 10
6N: Arundell, Slade back for England against Italy
Cost of Living: More firms going under than in 2008
How US shot down China’s ‘spy balloon’ with a single missile – and what was likely on it